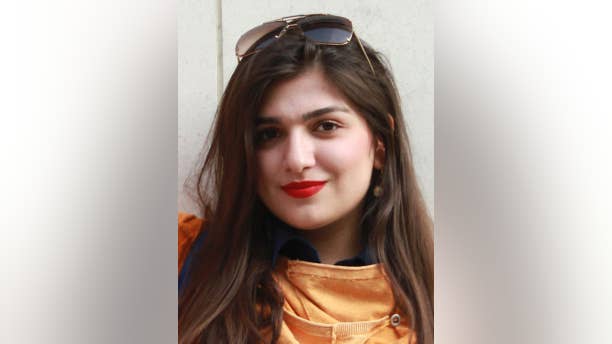 Undated photo made available Sunday Nov. 23, 2014, showing Iranian-British woman Ghoncheh Ghavami, who was jailed for attending a men's volleyball game in Iran, has been released on bail, according to reports from her family, on Sunday Nov. 23, 2014. Law graduate Ghavami was detained for attending a men's volleyball match on June 20, 2014, and held in solitary confinement. (AP Photo / PA) UNITED KINGDOM OUT - NO SALES - NO ARCHIVES (The Associated Press)

Ghavami was detained in June after trying to attend a men's volleyball match between Iran and Italy, in defiance of a push by hardliners to enact full gender segregation.

The mother said Ghavami will be free until an appeals court rules on her case. She confirmed that an initial ruling had sentenced Ghavami to a year in prison for "propagating against the ruling system."

She said the family plans to hire a new lawyer for the appeal.

The judiciary has said her case is linked to opposition work, not a volleyball match.