Rare blue diamond to be auctioned in Hong Kong 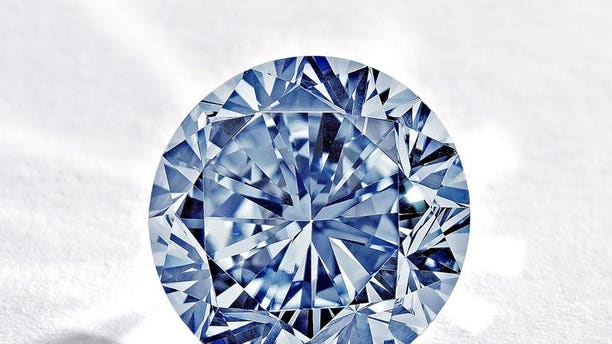 A rare round blue diamond will go under the hammer in Hong Kong in October, with auctioneers hoping the sale will fetch a record-breaking $19 million despite fears over the slowing Chinese economy. (Sotheby's/AFP/File)

A rare round blue diamond will go under the hammer in Hong Kong in October, with auctioneers hoping the sale will fetch a record-breaking $19 million despite fears over the slowing Chinese economy.

Auction house Sotheby's expect the 7.59-carat fancy vivid blue diamond, which is about the size of a shirt button, to set a new record for price-per-carat.

Quek Chin Yeow, Sotheby Asia's deputy chairman, said Hong Kong was the natural venue to sell the gem, known as "The Premier Blue", with collectors expected to fly in from all over the world.

"While there is a slowdown (in Chinese economy), the number of top-level collectors are still there," he told AFP.

"We have been selling very well in Hong Kong."

Hong Kong has become a centre for jewellery auctions thanks to growing wealth in China and other parts of the region, as well as the region's increasing taste for art.

But there are fears for the future of the Chinese economy, the world's second largest, where growth fell to 7.8 percent in 2012 -- its slowest pace in 13 years.

Blue diamonds seldom hit the market and have been coveted by royals and celebrities for centuries, while a round cut is rarely used in coloured stones because of the high wastage.

The most famous example of a blue diamond is the "Hope Diamond", which was bought by King Louis XIV of France in the 17th Century.

The term "fancy" is used to describe a diamond of intense colour, while a gem's saturation grading ranges from light to vivid for coloured diamonds.

The Premier Blue will go up for auction on October 7. Quek said the owner wanted to remain anonymous.