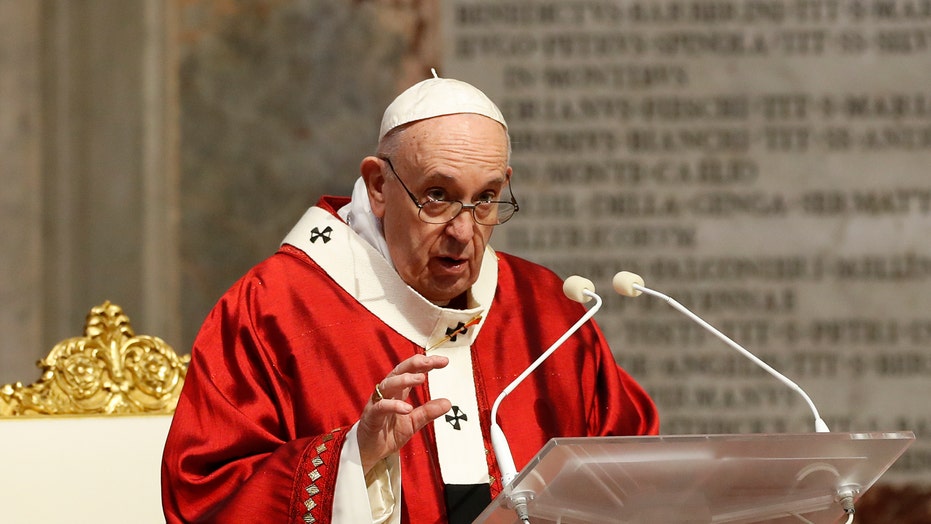 Pope Francis condemned the police-involved death of George Floyd last week in Minneapolis and said he is praying for him and "all those others who have lost their lives as a result of the sin of racism."

After several nights of protests in the U.S., some of which turned to rioting and looting, Francis addressed the turmoil Wednesday during his weekly general audience at the Vatican.

“Dear brothers and sisters in the United States, I have witnessed with great concern the disturbing social unrest in your nation in these past days, following the tragic death of Mr. George Floyd,” the pope said.

Pope Francis delivers his blessing from his studio window overlooking St. Peter's Square at the Vatican, May 31.  (Vatican News via AP)

Francis urged to not "tolerate or turn a blind eye to racism and exclusion in any form and yet claim to defend the sacredness of every human life.”

“At the same time, we have to recognize that the violence of recent nights is self-destructive and self-defeating,” he said. “Nothing is gained by violence and so much is lost.”

Marches against police brutality following Floyd's death also have taken place in some European countries, including the United Kingdom, France, Germany and the Netherlands.

In the pope's remarks about the violent protests, he quoted Archbishop José H. Gomez, president of the U.S. Conference of Catholic Bishops, who recently issued a statement condemning Floyd's death.

"How is it possible that in America, a black man's life can be taken from him while calls for help are not answered and his killing is recorded as it happens?" Gomez asked.

The archbishop then referenced America's most famous civil rights leader.

"It is true what Rev. Martin Luther King, Jr. said, that riots are the language of the unheard," Gomez concluded. "We should be doing a lot of listening right now."