Canadian billionaire and philanthropist Barry Sherman and his wife were reportedly found hanging in their mansion on Friday, and a Toronto police source said their deaths are being investigated as a possible murder-suicide, reports said.

Sherman, the founder of Apotex, and his wife, Honey, were found dead at their luxury mansion in a neighborhood north of Toronto just before noon on Friday.

The Toronto Sun reported that first responders found the couple "hanging from a railing that surrounds a lap pool inside the house."

Police have not confirmed the report. 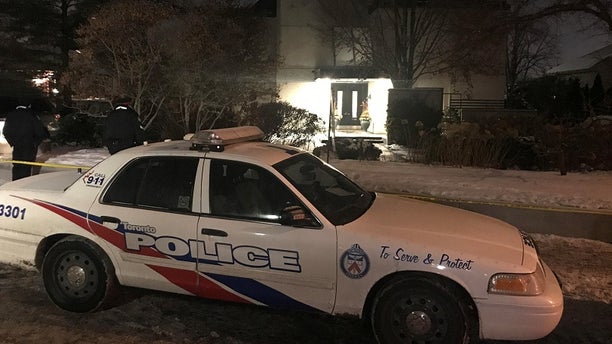 Police were called to the Sherman mansion in northern Toronto on Friday. (Reuters)

The Globe and Mail said that a Toronto police source claimed authorities are looking at the possibility that the deaths were a murder-suicide. Investigators are reportedly considering "that Mr. Sherman killed his wife, hung her body and then hanged himself at the pool's edge," according to the source.

Police services spokesman Mark Pugash wouldn't comment when The Globe asked about the case, but he did tell the outlet that the homicide squad was part of the investigation.

Const. David Hopkinson, who would not identify the bodies, said police were called to the Sherman residence in response to a “medical complaint.”

"The circumstances of their death appear suspicious and we are treating it that way," Hopkinson said at a news conference held outside the couple's home.

Hopkinson said the investigation was in its early stages and authorities “are inside investigating and taking apart the scene.” 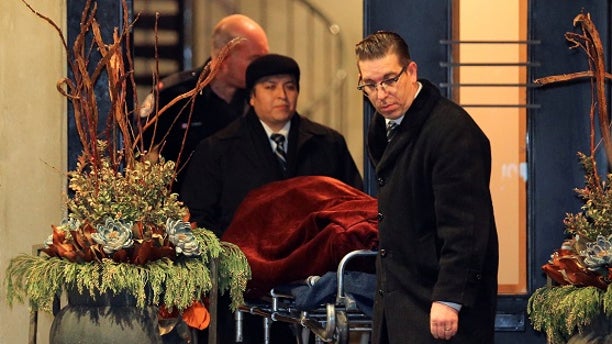 Police said they were investigating the Shermans' deaths. One possibility being investigated is murder-suicide. (Reuters)

The constable declined to say whether the bodies showed signs of trauma and did not provide details on the time or cause of death.

Inspector Bryan Bott of the Toronto Police Service told the Toronto Sun that "at this time we are not searching for any suspects."

Ontario health minister Eric Hoskins sent a tweet expressing shock at the death of his "dear friends," whom he described as "wonderful human beings."

"I am beyond words right now," Hoskins wrote in his tweet. "Incredible philanthropists, great leaders in health care. A very, very sad day."

Barry Sherman was the chairman of generic-drug maker Apotex, which he founded in 1974 with two employees. It went on to become the largest Canadian-owned pharmaceutical company.

Along the way, he amassed a vast fortune, which Canadian Business magazine estimated at $4.77 billion Canadian (US$3.65 billion) to make him the 15th-richest Canadian. 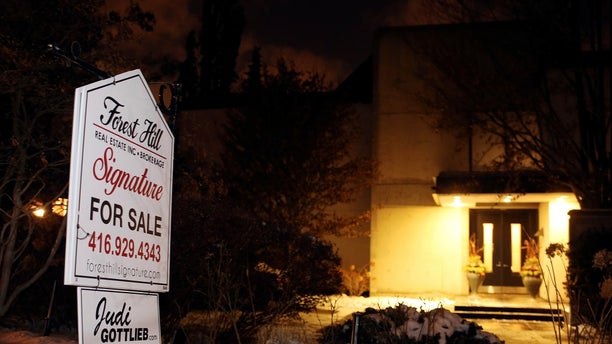 The house where the couple were found dead was recently listed for sale. (Reuters)

Sherman was also an active philanthropist, donating $50 million Canadian (U.S. $39 million) to the United Jewish Appeal. He had also become an active fundraiser for Prime Minister Justin Trudeau’s Liberal Party in recent years, but was criticized for holding a pay-for-access fundraiser in August 2015 that included Trudeau while being registered as a lobbyist.

HUMAN FOOT WASHES ASHORE IN CANADA, THE 13TH IN A DECADE, REPORT SAYS

Trudeau tweeted his condolences following the news of the couple’s death.

“Sophie and I are saddened by the news of the sudden passing of Barry and Honey Sherman. Our condolences to their family & friends, and to everyone touched by their vision and spirit,” Trudeau tweeted.

"All of us at Apotex are deeply shocked and saddened by this news and our thoughts and prayers are with the family at this time," the company said in a statement.

The house where the couple were found dead was recently listed for sale for $6.9 million Canadian (US $5.4 million). The couple had four children. Barry Sherman was 75. The Globe said Honey was 70.