A Canadian pastor who was arrested twice in 2021 for continuing to congregate with his church in Calgary, Alberta, during the pandemic was acquitted of the public health-related charges against him Tuesday.

The Provincial Court of Alberta tossed out charges against Pastor Tim Stephens alleging he violated provincial public health orders regarding physical distancing, his attorneys at the Calgary-based Justice Centre for Constitutional Freedoms (JCCF) announced in a press release.

Stephens was imprisoned twice last year for keeping his Fairview Baptist Church open. His second arrest, which reportedly happened after a police helicopter found his church gathering outside after police had locked their church, prompted Sen. Josh Hawley, R-Mo., to send a letter to the U.S. Commission on International Religious Freedom (USCIRF) urging it to consider adding Canada to its watch list.

"This decision sets the record straight about the justifiability of his actions and about the importance of respecting Charter rights and freedoms," the statement added.

Stephens' acquittal comes weeks after Danielle Smith, Alberta's new premier, promised a plan to pardon COVID offenders in the province. Her administration follows that of Jason Kenney, who publicly apologized after his political opponents excoriated him when he was secretly photographed violating his own COVID rules 24 times during one dinner with his cabinet ministers in 2021, according to the Western Standard.

In a recent speech at her political party's annual general meeting, the new premier noted that the pastors who were arrested in Alberta ​​"come to top of mind" when she thinks of people who were unfairly penalized for disobeying the COVID rules in Canada, which has had some of the strictest mandates in the world.

Stephens told Fox News Digital that he regards Smith's rhetoric as "welcome news" that indicates she understands "the gross violations of religious and civil liberties of lockdowns and mandates."

"She has made it clear that this discrimination was politically motivated; that it was the political science and not the medical science that led to the persecution of churches or individuals who would not go along with the prevailing narrative as a matter of conscience or conviction," Stephens said.

"What has happened to me has only furthered the cause of Christ, and for that I rejoice," he continued. "Yet as we head into another flu season, it is a relief to know we have a leader who understands the discrimination and abuses of power over the past few years. As Christians, we pray for our leaders and that their governing would be in according to God's principles, which lead to freedom and prosperity."

Alberta Premier Danielle Smith reacts with a smile after she lost a provincial election in High River, Alberta, on April 23, 2012. (REUTERS/Mike Sturk/File Photo)

CANADIAN PASTOR DEFIANT AS JUDGE ORDERS HIM TO PARROT ‘MEDICAL EXPERTS’ FROM PULPIT: ‘I WILL NOT OBEY’

Stephens was one of several pastors who were imprisoned in Alberta for refusing to obey the government by shuttering their churches. Pastor James Coates, who is a friend of Stephens and was the first clergyman to be jailed in Canada in the name of public health, spent more than a month in prison in 2021 after he reopened his GraceLife Community Church in Edmonton, which is about a three-hour drive north from Calgary.

Federal law enforcement later raided GraceLife's building at dawn, locked it and barricaded it behind three layers of fencing.

"I’m grateful for the leadership change and the political shift that has taken place in our province and country," Coates told Fox News Digital. "Kudos to the trucker convoy and all that they accomplished. In a sense, I think they finished what we started." 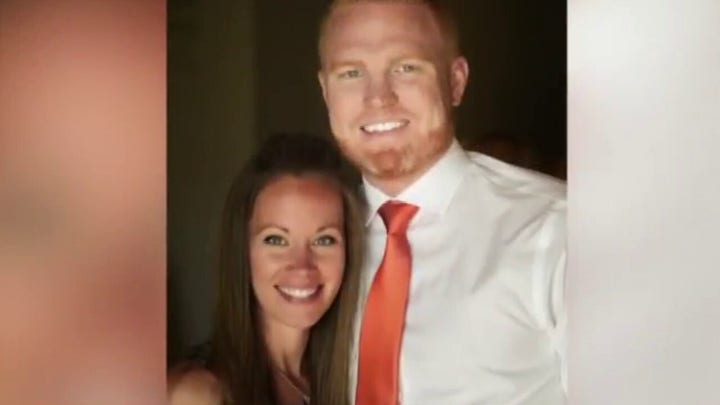 Coates also expressed gratitude to the new premier "for her courage in speaking up against the disgraceful way we were treated by our government. Though it brought about a wonderful occasion for the glory of Christ to be displayed, it was nevertheless a miscarriage of justice."

The pastor expressed concern that any potential pardon would "potentially get the court system off the hook in terms of having to rule on the constitutional issues."

"Kudos to the trucker convoy and all that they accomplished," Pastor James Coates told Fox News Digital. "In a sense, I think they finished what we started." (FOX NEWS DIGITAL)

"The courts having to rule on that which is outstanding could go either way in terms of setting precedent, but given the way decisions seem to be being slow-walked, there’s a growing sense of vindication," he said.

"In the end, it’s likely the government will think twice before ever repeating the injustices of the pandemic," Coates added. "So in that sense, we might be able to say, mission accomplished."

Jon Brown is a writer for Fox News Digital. Story tips can be sent to jon.brown@fox.com.