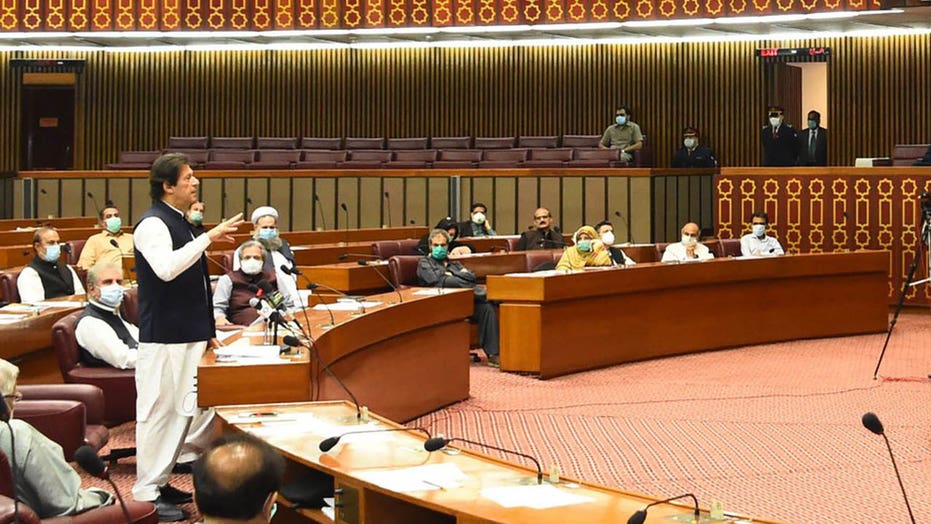 Imran Khan’s comments Thursday came during a rambling budget speech, attacking his predecessors’ foreign policies and saying that Pakistan’s partnership with the United States in the war on terror was a mistake.

"I will never forget how we Pakistanis were embarrassed when the Americans came into Abbottabad and killed Usama Bin Laden, martyred him," Khan said, according to the BBC.

Khan used the word "shaheed" -- a reverential Arabic term for a martyr of Islam, the BBC reported.

Bin Laden, the masterminded of the 9/11 terror attacks, was hiding out in Pakistan when Navy SEALs killed him in a nighttime raid in the military garrison town of Abbottabad on May 2, 2011.

"He destroyed my nation, and [Khan] is calling him a martyr," Asif said in parliament.

The BBC reported that high-profile Pakistani activist Meena Gabeena tweeted, "Muslims all over the world are struggling because of the discrimination they face due to recent terrorism and our PM makes it worse by calling [Bin Laden] a martyr of Islam!"