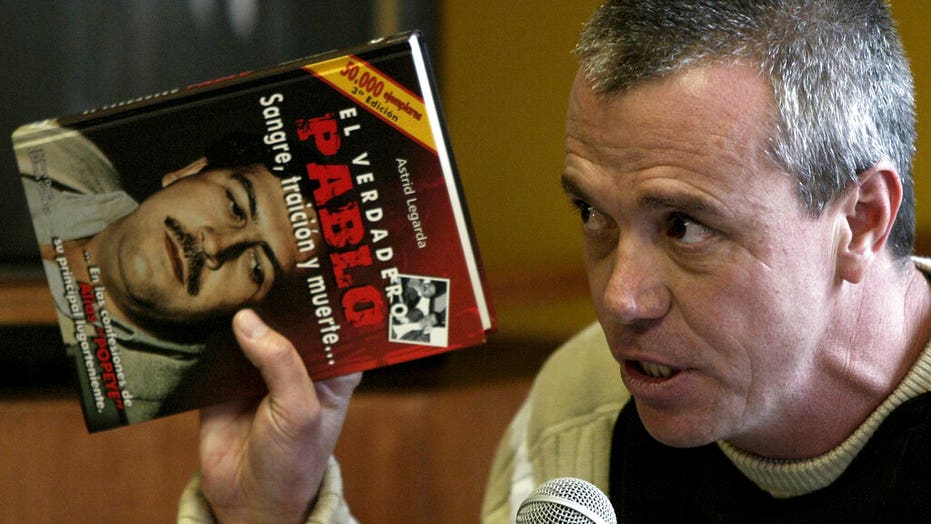 A former hitman for the notorious cocaine kingpin Pablo Escobar died in Colombia Thursday after a battle with stomach cancer, prison authorities said.

Jhon Jairo Velásquez, also known as “Popeye,” died at the age of 57 at the National Cancer Institute in Bogota, where he’d been hospitalized since December, the National Penitentiary and Prison Institute said.

FILE: Jhon Jairo Velasquez, a former hitman for Pablo Escobar, known by his nickname "Popeye," gives his testimony while holding a book titled "The True Pablo, Blood, Treason, and Death," during the trial against Alberto Santofimio Botero in Bogota, Colombia.  (AP)

Velásquez has confessed to personally murdering at least 300 people and coordinating the deaths of thousands of others on behalf of Escobar's Medellin cartel in the 1980s and 1990s. He spent more than 20 years behind bars for plotting the murder of an ex-presidential candidate and was released in 2014 on parole.

After being released, he went on to gain notoriety as an author and YouTube celebrity who delivered angry diatribes against leftist rebels and corrupt politicians and at one point expressed a desire to run for a seat in the senate.

But he didn't stay out of jail long. In 2017, authorities announced they were seeking his arrest for violating parole after he was caught partying with a major drug trafficker wanted by the U.S. He was eventually captured in 2018 on charges of extortion.

Velásquez spoke of the murders he committed on Escobar's behalf in a cold, matter-of-faction fashion, describing in one television interview how he preferred using a revolver and "worked from the eyebrows up."

He admitted to participating in some of Colombia's most notorious crimes, including the assassination of Luis Carlos Galán, who was poised to win the presidency when he was shot to death in 1989 after speaking out against powerful drug cartels, and the 1989 bombing of an Avianca flight that left 107 dead.

Escobar died during a firefight with security forces in Medellin in 1993.

Even while asking for forgiveness, Velásquez continued to express admiration for his former boss, telling El Tiempo newspaper in 2013: "If Pablo Escobar were to be reborn, I'd go with him without thinking."