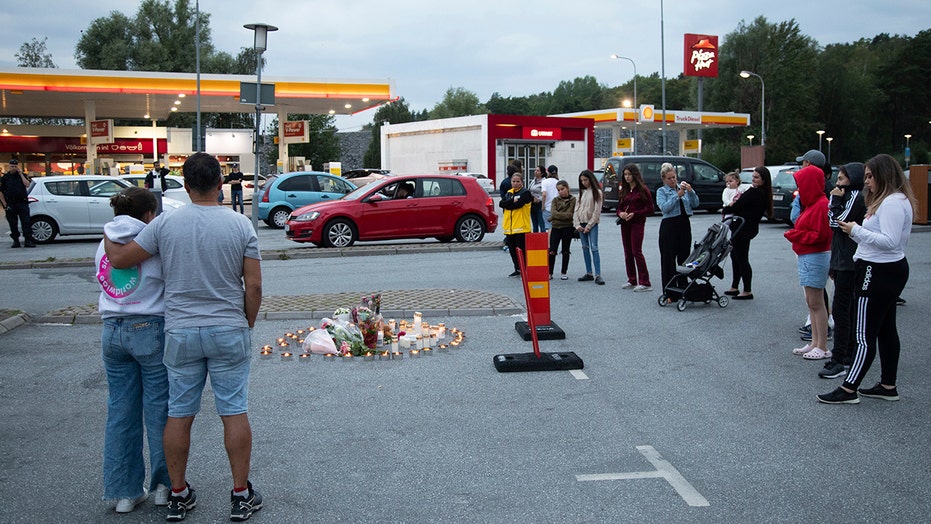 COPENHAGEN, Denmark -- The Swedish government vowed Tuesday to find the perpetrators of a drive-by shooting that killed a 12-year-old girl in what authorities said appears to be the latest violence from suburban feuds between criminal gangs fighting over territory.

“If we don't stop the new recruitment of young people into the criminal circles, harsh measures will not mean anything,” Home Affairs Minister Mikael Damberg told Swedish broadcaster SVT.

He called the girl's death in southern Stockholm County “terribly tragic.” No arrests have been made.

“You feel a great anger toward the criminal gangs who show no empathy because their shootings affect others, " Damberg said. “The police are now making great efforts in the murder hunt.”

Flowers and candles are placed Sunday Aug. 2, 2020 near where a twelve-year-old girl was shot and killed near a petrol station in Botkyrka, south of Stockholm, Sweden. (Ali Lorestani//TT via AP)

Justice Minister Morgan Johansson promised “more police and harsher sentences,” and he told Swedish news agency TT on Monday that he felt “disgust” over the shooting.

The girl was shot late Sunday at a parking lot in the municipality of Botkyrka that is a popular hangout for teenagers. Swedish media say investigators think the gunfire that killed her was intended for two men with ties to a criminal gang.