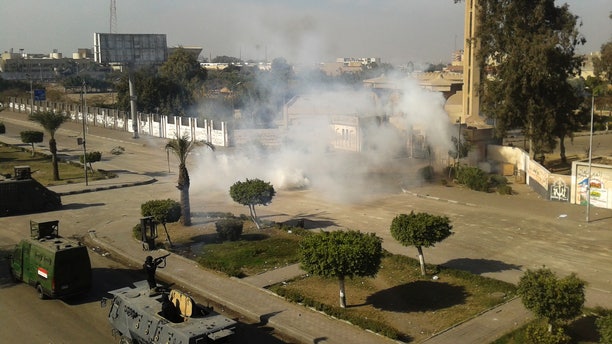 Egyptian officials say police moved in to disperse students who were protesting inside an Islamic university in Cairo, disrupting end of term of exams. One student was killed and a campus building was set on fire in the violence.

Aya Fathy, a student spokeswoman, disputed the officials claim. She says police first opened fire at the students who were on strike and protesting outside the Faculty of Commerce Saturday, killing Khaled el-Haddad, a student.

The officials confirmed el-Haddad was killed but blamed the students for the violence. They spoke on condition of anonymity in line with regulations.

The al-Azhar students have been protesting for weeks against the ouster of Islamist President Mohammed Morsi who hails from the Muslim Brotherhood — a group that authorities on Wednesday designated a terrorist organization.