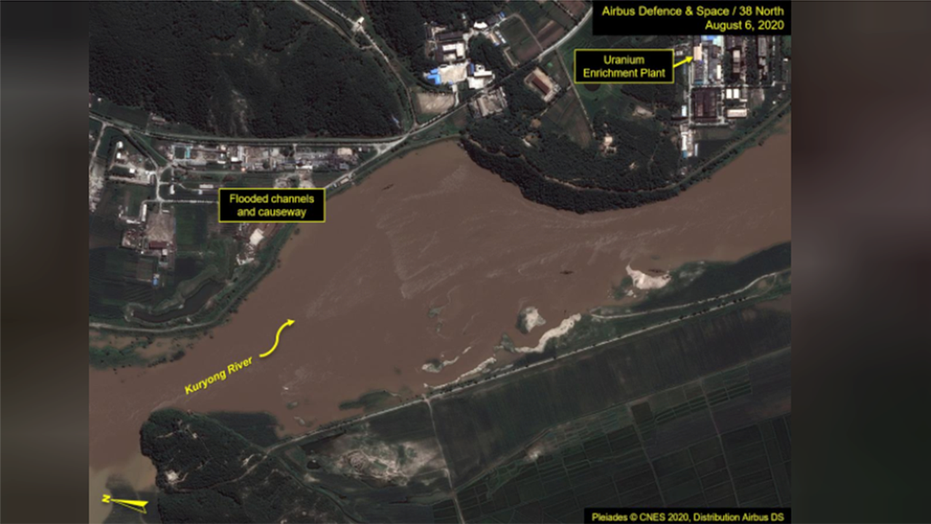 Significant flooding along a river in North Korea that runs near the country's main nuclear facility may have resulted in damage to the complex, a U.S.-based monitoring website said Thursday.

Analysts at 38 North, a Washington-based think tank specializing in North Korea studies, said that commercial satellite imagery from Aug. 6 to Aug. 11 showed that floodwaters along the Kuryong River had "reached the two pump houses that service the reactors" at Yongbyon nuclear complex.

"The August 6 imagery, when compared to imagery from July 22, shows a dramatic rise in the water level of the Kuryong River that flows alongside the Yongbyon complex," the group said.

The Yongbyon complex is located about 60 miles north of Pyongyang and is the location of nuclear reactors, fuel reprocessing plants and uranium enrichment facilities that are thought to be used in the country’s nuclear weapons program.

The complex is home to a 5-megawatt nuclear reactor believed to be used to produce weapons-grade plutonium.

The think tank on Thursday released an image of a fully submerged dam along the river, highlighting that the flooding could potentially damage the pumps or clog piping systems that draw water from the river, causing the reactor to shut down.

38 North noted that although the reactor does not appear to have been operating for quite some time and an Experimental Light Water Reactor (ELWR) has yet to come online, both would need consistent water flow to operate.

“Damage to the pumps and piping within the pump houses presents the biggest vulnerability to the reactors,” the report said. “If the reactors were operating, for instance, the inability to cool them would require them to be shut down.”

Satellite data from earlier this week shows that waters have receded and that there did not appear to be any damage to key facilities such as the Uranium Enrichment Plant (UEP), the think tank added.

South Korea's Ministry of Defense declined to comment on the report, according to South Korea's Yonhap News Agency. 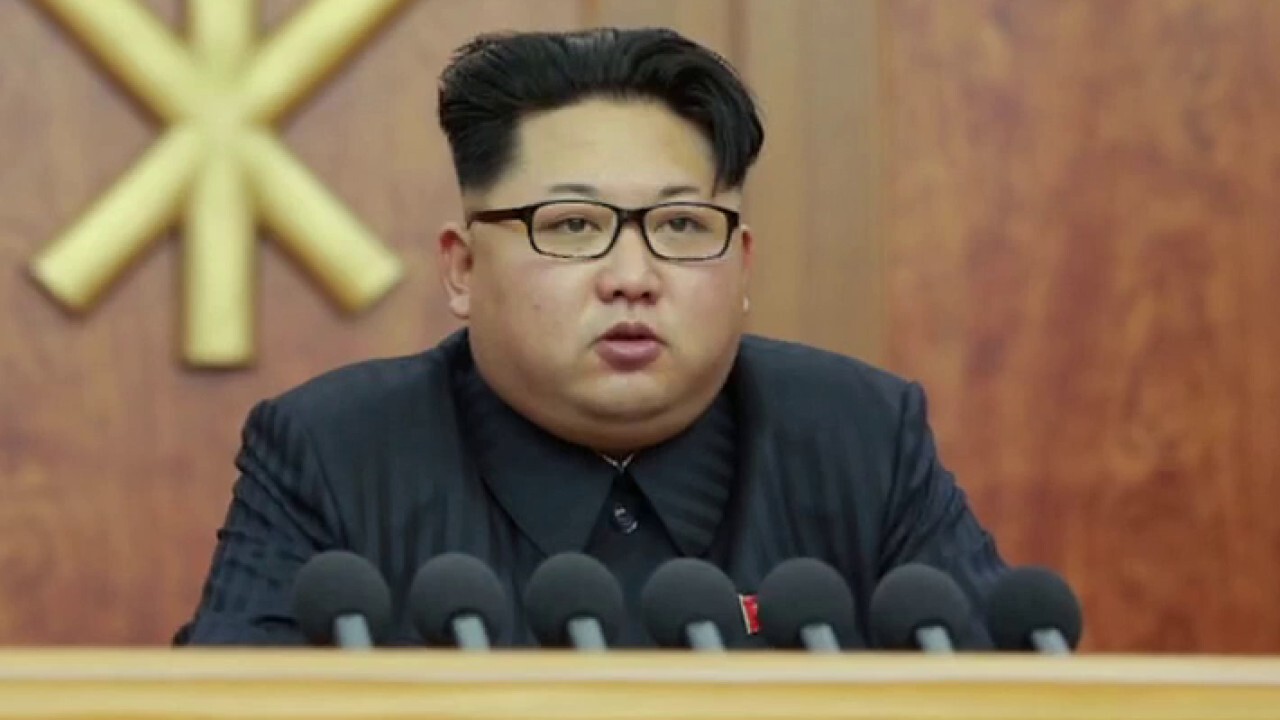 "Our military is always closely monitoring the North's nuclear and missile activities, and the authorities of South Korea and the United States are keeping a close cooperation system," deputy ministry spokesperson Col. Moon Hong-sik said during a regular press briefing.

In recent weeks, heavy rains on the Korean peninsula have spawned floods and landslides causing damage and deaths in both North and South Korea.

North Korea’s state media has not mentioned any damage to Yongbyon, but reported this week, that senior leaders had been touring flood-stricken areas, according to Reuters.

It’s rare for Kim to visit a flood-stricken site.

The last time state media reported such a visit was in September 2015, when he inspected recovery work at a flood-hit northeast city, according to Seoul’s Unification Ministry.