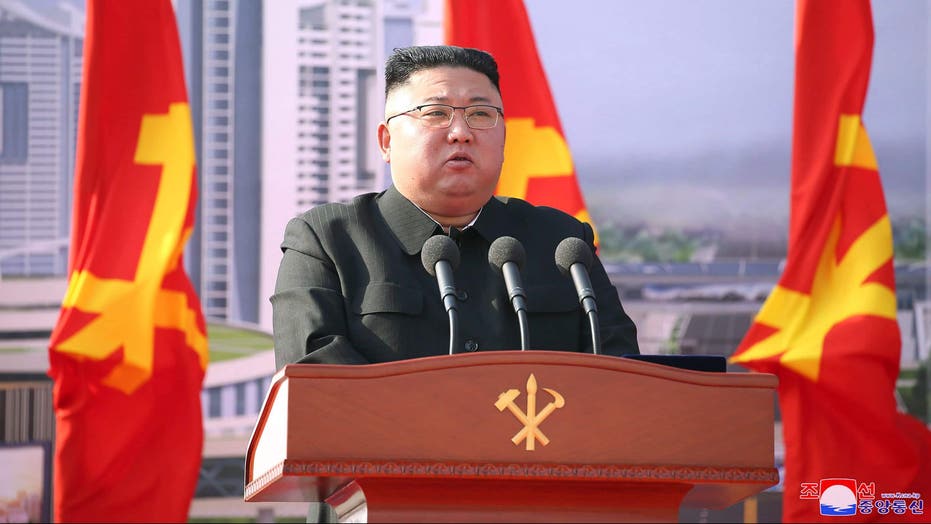 President Biden says it's 'business as usual' after North Korea fires a pair of cruise missiles into the sea; Lucas Tomlinson reports from the Pentagon.

North Korea has fired two short-range missiles off of its east coast, a U.S. official confirmed to Fox News Wednesday.

North Korea’s test of two short-range ballistic missiles may have included the test of a "sub-launched missile" propelled from the ground – not sea – but it is the kind of missile that North Korea would like to launch from a submarine, according to a senior U.S. official.

There was no threat to U.S. or Japanese forces, according to the official.

The test was likely part of NoKo research and development as they try to advance their weapons systems and also to test the Biden administration.

The Pentagon was still assessing the telemetry and forensics of the missile launch and isn’t expected to know the exact flight profile and whether it maneuvered during flight for several days, according to the official.

Capt. Mike Kafka, a spokesperson for the U.S. Indo-Pacific Command, said in a statement, "We will continue to monitor the situation and are consulting closely with our allies and partners. This activity highlights the threat that North Korea's illicit weapons program poses to its neighbors and the international community. The U.S. commitment to the defense of the Republic of Korea and Japan remains ironclad."

"We take this opportunity to warn the new U.S. administration trying hard to give off powder smell in our land," she said in a statement to state news agency KCNA, according to Reuters. "If it wants to sleep in peace for coming four years, it had better refrain from causing a stink at its first step."

U.S. officials downplayed the significance of those launches – believed to be the county’s first test of short-range missiles since 2019.

It has held off long-range missile tests ever since then-President Trump met with Kim in Singapore in 2018 at a historic summit between a sitting U.S. president and North Korea’s Communist head of state.