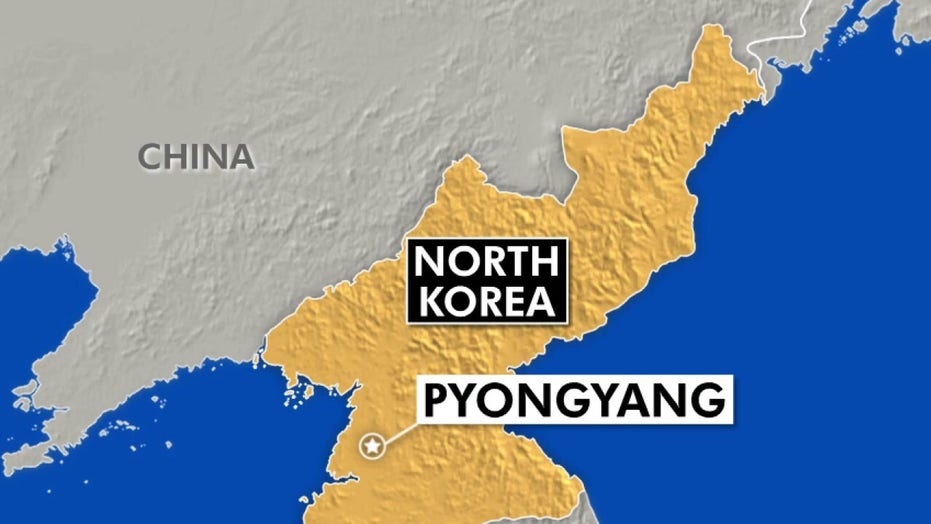 President Biden says it's 'business as usual' after North Korea fires a pair of cruise missiles into the sea; Lucas Tomlinson reports from the Pentagon.

North Korea fired off short-range missiles over the weekend after it denounced the U.S. for moving forward with joint military exercises with South Korea, Fox News has confirmed.

It’s likely the first launch of short-range missiles since October 2019.

None of the missiles fired were the new long-range ballistic missiles paraded on Oct. 10, the anniversary of the founding of North Korea’s communist party, officials told Fox News. The short-range missiles did not contain nuclear warheads. Pentagon officials who watch North Korea took note of the launch but were not alarmed.

During a background call with reporters, a senior administration official downplayed the seriousness of the tests of the short-range projectiles.

"We don’t believe it is in our interest to hype these tests," the official told reporters, "given the tense military environment on the Korean peninsula."

The official characterized it as "normal military activity by North Korea" adding that the test was on the "low end of the spectrum" of the  "normal menu of North Korean actions."

The Washington Post was first to report the launch.

Kim Yo Jong, the powerful sister of North Korean leader Kim Jong Un, issued a warning to the U.S. on the heels of the visit.

"We take this opportunity to warn the new U.S. administration trying hard to give off [gun] powder smell in our land," Kim Yo Jong said in a statement, referencing the joint military operations in the region.

"If [the U.S.] wants to sleep in peace for the coming four years, it had better refrain from causing a stink at its first step," she added, according to an English translation.

The Biden administration has tried unsuccessfully to restart talks with North Korea, after over a year without active dialogue.

For weeks, defense officials had been worried North Korea might restart missile tests.

State Department spokesman Ned Price has said the Biden administration wants to adopt a "new approach" to North Korea but offered little in the way of details. Neither Obama nor Trump administrations were able to stop North Korea from advancing its weapons systems.

North Korean leader Kim Jong Un had three high-profile summit meetings with Trump and exchanged a series of letters, but the nuclear-armed state ended talks and said it would not engage further unless the United States drops its hostile policies.

South Korean and American troops began a joint springtime military drill, which was limited to computer simulations because of the coronavirus risk and the ongoing efforts to engage with the North.

"War drills and hostility can never go with dialogue and cooperation," said Kim Yo Jong.