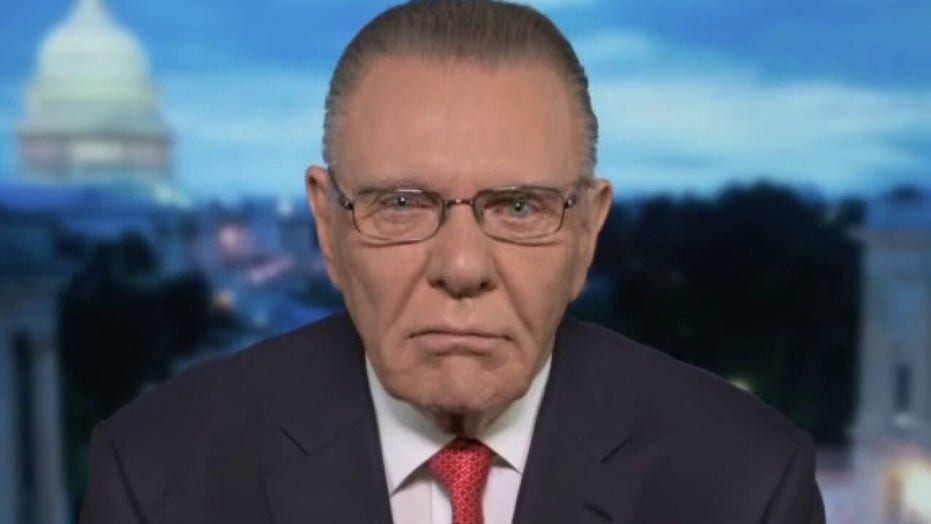 SEOUL, South Korea – North Korea on Saturday snapped back at President Joe Biden’s criticism of its ballistic missile tests, calling his comments a provocation and encroachment on the North’s right to self-defense and vowing to continuously expand its "most thoroughgoing and overwhelming military power."

The statement issued by senior official Ri Pyong Chol came after the North on Thursday tested-fired two short-range missiles off its eastern coast in the first ballistic launches since Biden took office.

Experts say the flight data released by South Korea’s military and North Korea’s own description of the tests indicated that the North tested a new solid-fuel weapon that is designed to evade missile defense systems and is potentially nuclear-capable.

The launches showed how the North continues to expand its military capabilities while nuclear negotiations with the United States remain stalled. They also underscored the growing threat such short-range weapons pose to U.S. allies South Korea and Japan, which host a combined 80,000 U.S. troops as the core of America’s military presence in the region.

Biden was restrained as he admonished North Korea for the launches, which were a violation of U.N. sanctions against the North.

"We’re consulting with our allies and partners," Biden said at the first news conference of his presidency on Thursday. "And there will be responses if they choose to escalate. We will respond accordingly. But I’m also prepared for some form of diplomacy, but it has to be conditioned upon the end result of denuclearization."

Ri said it was "gangster-like logic" for the United States to criticize the North’s tactical weapons tests when the Americans are freely testing intercontinental ballistic missiles and could send their strategic military assets to the region surrounding the Korean Peninsula at any time.

He said the North doesn’t have options other than building "invincible physical power" to defend itself because the United States and South Korea "constantly pose military threats" and continue with their combined military exercises, which the North claims are an invasion rehearsal.

"If the U.S. continues with its thoughtless remarks without thinking of the consequences, it may be faced with something that is not good."

Ri, secretary of the ruling Workers’ Party’s Central Committee and vice chairman of the party’s Central Military Commission, is a former air force commander who has been seen as a key figure in the development of the North’s missile program.

Thursday’s launches followed a statement by North Korean leader Kim’s powerful sister last week, who berated the latest U.S.-South Korean military exercises that ended earlier this month and warned Washington to "refrain from causing a stink" if it wants to "sleep in peace" for the next four years.

The North has so far ignored the Biden administration's efforts to reach out, saying it won't engage in meaningful talks while Washington persists with "hostile" policies.

While Pyongyang has a history of testing new U.S. administrations with weapons demonstrations aimed at forcing Washington back to negotiations, Ri said that the North Koreans are "by no means developing weapons to draw someone’s attention or influence his policy."

It’s unclear how the Biden administration will respond before it completes its policy review on North Korea in coming weeks.

"Pyongyang is implementing a premeditated strategy of advancing military capabilities and raising tensions. Ri Pyong Chol has larger tests in the works and is trying to maximize political bang for his missile development buck."

The United States has downsized its drills with South Korea and stopped sending nuclear-capable bombers and aircraft carriers since President Donald Trump’s first summit with Kim in 2018, where they issued vague statements on a nuclear-free Korean Peninsula without describing when and how it would occur.

But the talks stalled after the second Kim-Trump meeting in February 2019 collapsed over disagreements in exchanging the relief of crippling U.S. sanctions for the North’s disarmament steps.

Some experts say the allies should restore the normal scale and scope of their exercises to develop a response to the growing threat of North Korea’s short-range weapons, which it continued to test even as it suspended nuclear and intercontinental ballistic missile tests.