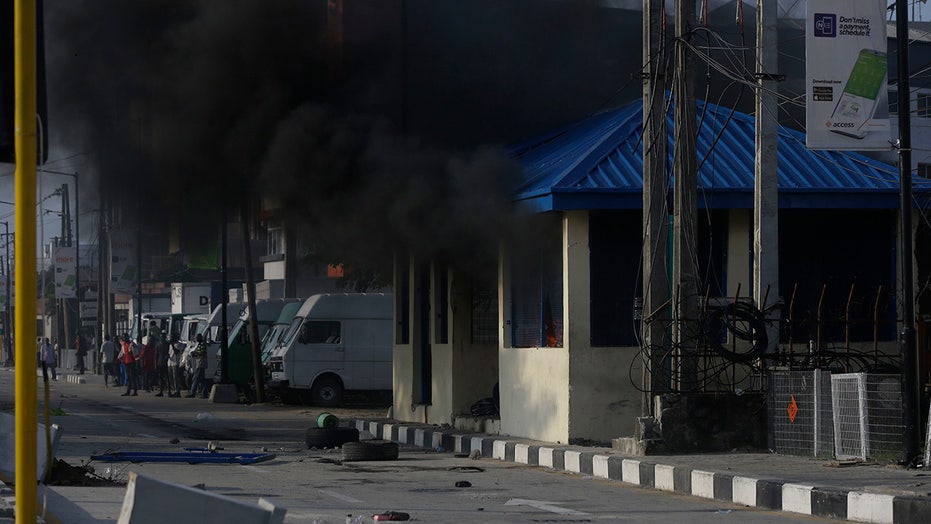 Nigerian police have reportedly opened fire on protesters in Lagos after 12 days of demonstrations against police brutality.

Witnesses said smoke has been rising from the direction of a toll gate on Wednesday where the shootings allegedly took place.

After 13 days of protests against alleged police brutality, authorities have imposed a 24-hour curfew in Lagos, Nigeria's largest city, as moves are made to stop growing violence. ( AP Photo/Sunday Alamba)

Two people are believed to have been shot after more than 20 officers started firing at demonstrators in the city's Lekki district on Tuesday, witnesses told Reuters.

Video shown on Nigeria's Channels Television appeared to capture audio of live rounds being fired at the scene.

The state governor in Lagos said on Wednesday no fatalities have been recorded after gunshots were heard in Lekki.