The Australian man suspected of killing 50 people at two New Zealand mosques on Friday “changed completely” after he traveled to countries in Europe and other parts of the world following his father’s death in 2010, his family said.

The 28-year-old suspect, who Fox News is not naming, appeared in court Saturday on a murder charge, although the judge said “it is reasonable to assume that there will be others.” The suspect’s grandmother, Marie Fitzgerald, 81, told Australia’s 9News on Saturday that she saw her grandson about a year ago and didn’t spot any red flags, even though investigators believe he had been plotting the massacre for two years. 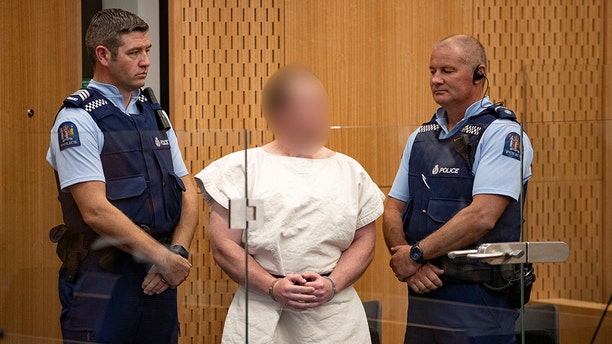 The mosque shooting suspect, charged for murder in relation to the mosque attacks, is seen in the dock during his appearance in the Christchurch District Court, New Zealand. (Reuters)

“He was just his normal self you know,” Fitzgerald told 9News. “We all chatted and had a meal together to celebrate that occasion and now everyone is devastated.”

Fitzgerald said the 28-year-old’s father died from cancer in 2010 and the death took a toll on him. The accused gunman, who grew up in New South Wales, Australia, then began traveling to countries in Europe and other parts of the world and returned a changed man, his grandmother said.

“It’s only since he traveled overseas I think that this boy has changed completely,” Fitzgerald said. 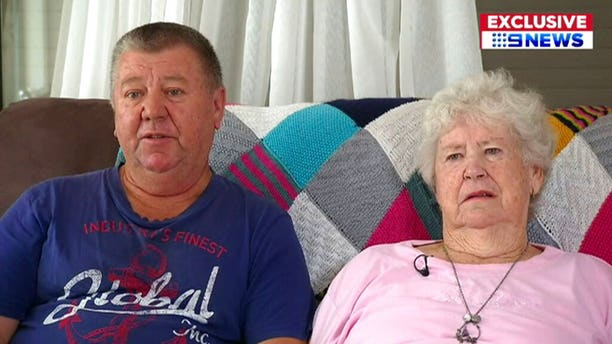 “We are so sorry for the families for the dead and the injured. I can’t think nothing else -- just shattered is the word," the suspect’s uncle Terry Fitzgerald said.

Tracey Gray, who previously hired the suspect as a personal trainer at Big River Squash and Fitness Center in Grafton, also told 9News the suspected gunman quit his job at the gym by early 2012 to travel the world.

“He was professional, he was punctual, reliable... as normal as one person to the next. He never showed any extremes or extremist views or any crazy behavior,” Gray recalled of her former employee.

Gray said the 28-year-old “had no specific destination.” 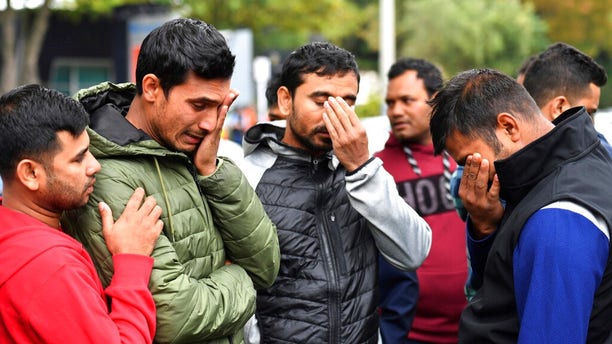 Friends of a missing man grieve outside a refuge center in Christchurch. (AP)

"It was my understanding he was open to see the world, to see as many places as possible. He just wanted to experience different experiences,” she said.

Authorities said the suspect traveled to the Balkans in the past three years and toured historic sites while studying battles between Christians and the Ottoman empire. He visited Serbia, Montenegro, Bosnia and Herzegovina, and Croatia, in late 2016, Bulgarian Chief Prosecutor Sotir Tsatsarov told Reuters. He made a trip to Bulgaria, Romania and Hungary last November.

In 2017, he traveled to France, Spain and Portugal, Reuters reported. 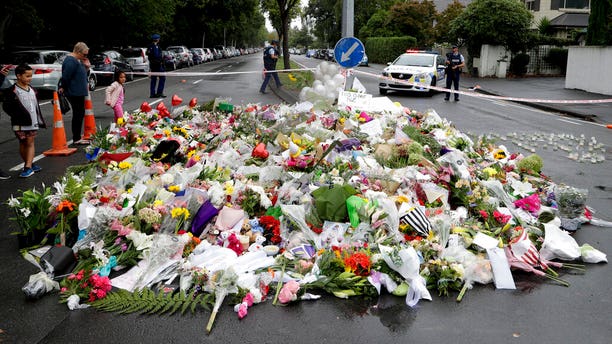 Mourners place flowers as they pay their respects at a makeshift memorial near the Masjid Al Noor mosque in Christchurch, New Zealand, Sunday, March 17, 2019, where one of the two mass shootings occurred. (AP)

Bulgarian Foreign Minister Elaterid Zachariah said the mosque shooting suspect had a “very serious knowledge of the Balkan history in details I would say even few people in the Balkans know.”

While the details of  the suspect's travels are sketchy, authorities in those countries said they are investigating his movements and any contacts he might have had with local people.

Officials raised the death toll of the mosque massacres to 50 on Sunday as New Zealand Prime Minister Jacinda Ardern said a small number of bodies would be released to families.