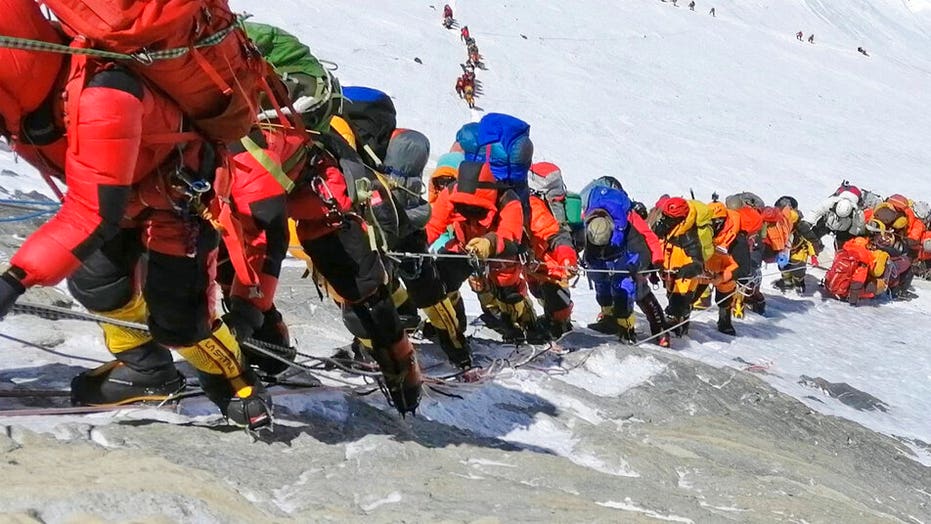 Hoping to regain revenue lost amid the COVID-19 pandemic, Nepal is set to reopen Mount Everest to climbers and tourists.

In July, the Nepalese government announced that international flights would resume starting Aug. 17.

Trekking, mountaineering hotels, restaurants and businesses have been allowed to reopen since the end of July, and travel agents could book for the fall season.

According to a U.N. Development Programme study, Nepal has lost $400 million due to the virus.

That said, many are uncertain whether reopening is the right decision, with coronavirus cases on the rise and unclear safety protocols.

And, it's not the first time the government's motives have been scrutinized. Following the deaths of 11 during Everest’s 2019 spring season, officials were accused of putting profit ahead of safety and causing fatal overcrowding.

In addition, the Kathmandu Post reported at the beginning of the month that senior officials were in the process of writing rigid regulations "purely aimed at discouraging travelers’ movement," possibly including a mandated 14-day quarantine, a negative polymerase chain reaction test, and a visa from Nepal's diplomatic mission.

The country is home to eight of the world's 14 tallest peaks, also including Kanchenjunga and Annapurna.

Yet, the spring season -- the best to scale Everest -- was forfeited following a nationwide 120-day lockdown, which was lifted on July 20. That said, partial restrictions were enforced in 14 districts on Aug. 5 as cases surged once more.

This April 6, 2016 photo shows trekkers at a rest stop north of the village of Namche Bazaar, Nepal. A trek to Everest Base Camp along mountain paths that hug deep gorges offers renewal and a test of mental and physical limits. (AP Photo/Karin Laub) (The Associated Press)

According to Nepal's Health Ministry, the national case count reached over 25,550 on Friday -- growing by 594 new cases -- with a death toll of 99 people.

The latest edition of the United Nations World Tourism Organization Travel Restrictions Report highlights that 115 destinations continue to keep their borders completely closed for tourism, while 87 have eased travel restrictions, and four have returned to so-called normal.

World Travel & Tourism Council data shows that 33% of sector jobs in the Asia Pacific region will be lost due to the pandemic.