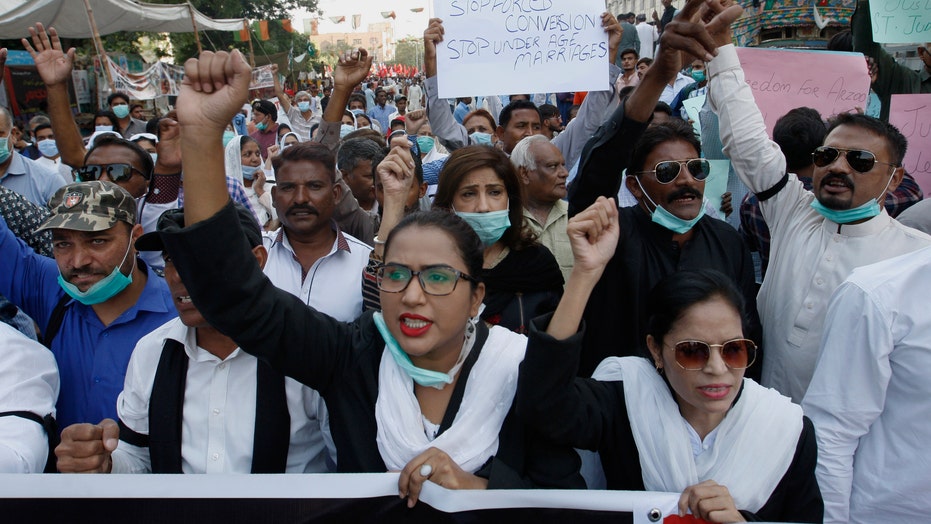 Neha loved the hymns that filled her church with music. But she lost the chance to sing them last year when, at the age of 14, she was forcibly converted from Christianity to Islam and married to a 45-year-old man with children twice her age.

She tells her story in a voice so low it occasionally fades away. She all but disappears as she wraps a blue scarf tightly around her face and head. Neha’s husband is in jail now facing charges of rape for the underage marriage, but she is in hiding, afraid after security guards confiscated a pistol from his brother in court.

"He brought the gun to shoot me," said Neha, whose last name The Associated Press is not using for her safety.

Neha is one of nearly 1,000 girls from religious minorities who are forced to convert to Islam in Pakistan each year, largely to pave the way for marriages that are under the legal age and non-consensual. Human rights activists say the practice has accelerated during lockdowns against the coronavirus, when girls are out of school and more visible, bride traffickers are more active on the Internet and families are more in debt.

The U.S. State Department this month declared Pakistan "a country of particular concern" for violations of religious freedoms — a designation the Pakistani government rejects. The declaration was based in part on an appraisal by the U.S. Commission on International Religious Freedom that underage girls in the minority Hindu, Christian, and Sikh communities were "kidnapped for forced conversion to Islam… forcibly married and subjected to rape."

While most of the converted girls are impoverished Hindus from southern Sindh province, two new cases involving Christians, including Neha’s, have roiled the country in recent months. 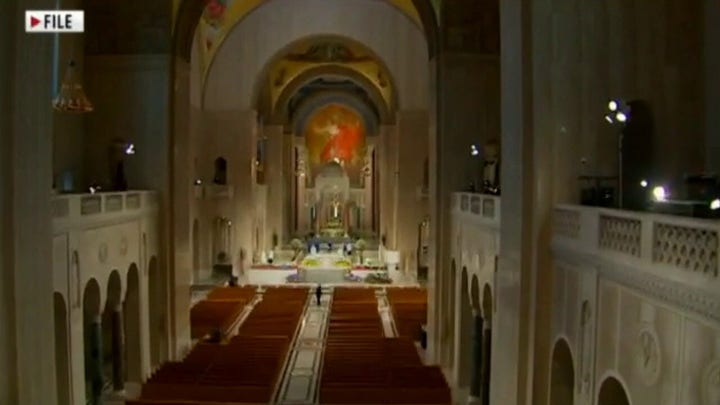 The girls generally are kidnapped by complicit acquaintances and relatives or men looking for brides. Sometimes they are taken by powerful landlords as payment for outstanding debts by their farmhand parents, and police often look the other way. Once converted, the girls are quickly married off, often to older men or to their abductors, according to the independent Human Rights Commission of Pakistan.

Forced conversions thrive unchecked on a money-making web that involves Islamic clerics who solemnize the marriages, magistrates who legalize the unions and corrupt local police who aid the culprits by refusing to investigate or sabotaging investigations, say child protection activists.

One activist, Jibran Nasir, called the network a "mafia" that preys on non-Muslim girls because they are the most vulnerable and the easiest targets "for older men with pedophilia urges."

The goal is to secure virginal brides rather than to seek new converts to Islam. Minorities make up just 3.6 percent of Pakistan’s 220 million people and often are the target of discrimination. Those who report forced conversions, for example, can be targeted with charges of blasphemy.

In the feudal Kashmore region of southern Sindh province, 13-year-old Sonia Kumari was kidnapped, and a day later police told her parents she had converted from Hinduism to Islam. Her mother pleaded for her return in a video widely viewed on the internet: "For the sake of God, the Quran, whatever you believe, please return my daughter, she was forcibly taken from our home."

Police officers escort Arzoo Raja, center, a teenage Christian girl, who was allegedly abducted and forced to convert and marry a 44-year old Muslim, while they leave after an appearance before the High Court in Karachi, Pakistan, Nov. 3, 2020.  (AP Photo/Fareed Khan)

But a Hindu activist, who didn’t want to be identified for fear of repercussions from powerful landlords, said she received a letter that the family was forced to write. The letter claimed the 13-year-old had willingly converted and wed a 36-year-old who was already married with two children.

The parents have given up.

Arzoo Raja was 13 when she disappeared from her home in central Karachi. The Christian girl’s parents reported her missing and pleaded with police to find her. Two days later, officers reported back that she had been converted to Islam and was married to their 40-year-old Muslim neighbor.

In Sindh province, the age of consent for marriage is 18 years old. Arzoo’s marriage certificate said she was 19.

The cleric who performed Arzoo’s marriage, Qasi Ahmed Mufti Jaan Raheemi, was later implicated in at least three other underage marriages. Despite facing an outstanding arrest warrant for solemnizing Arzoo’s marriage, he continued his practice in his ramshackle office above a wholesale rice market in downtown Karachi.

When an Associated Press reporter arrived at his office, Raheemi fled down a side stair, according to a fellow cleric, Mullah Kaifat Ullah, one of a half-dozen clerics who also performs marriages in the complex. He said another cleric is already in jail for marrying children.

While Ullah said he only marries girls 18 and above, he argued that "under Islamic law a girl’s wedding at the age of 14 or 15 is fine."

Arzoo’s mother, Rita Raja, said police ignored the family’s appeals until one day she was videotaped outside the court sobbing and pleading for her daughter to be returned. The video went viral, creating a social media storm in Pakistan and prompting the authorities to step in.

"For 10 days, the parents were languishing between the police station and government authorities and different political parties," Nasir, the activist, said. "They were not being given any time… until it went viral. That is the real unfortunate thing over here."

Authorities have stepped in and arrested Arzoo’s husband, but her mother said her daughter still refuses to come home. Raja said she is afraid of her husband’s family.

The girl who loved hymns, Neha, said she was tricked into the marriage by a favorite aunt, who told Neha to accompany her to the hospital to see her sick son. Her aunt, Sandas Baloch, had converted to Islam years before and lived with her husband in the same apartment building as Neha’s family.

"All Mama asked when we left was, 'When will you be back?’" remembered Neha.

Pakistani Christians protest against child marriage and forced conversion to Islam in Karachi, Pakistan, Nov. 8, 2020. Rights groups say each year in Pakistan, as many as 1,000 girls are forcibly converted, often after being abducted or tricked. (AP Photo/Fareed Khan)

Instead of going to the hospital, she was taken to the home of her aunt’s in-laws and told she would marry her aunt’s 45-year-old brother-in-law.

Neha told of being taken before two men, one who was to be her husband and the other who recorded her marriage. They said she was 19. She said she was too frightened to speak because her aunt threatened to harm her 2-year-old brother if she refused to marry.

She learned of her conversion only when she was told to sign the marriage certificate with her new name — Fatima.

For a week she was locked in one room. Her new husband came to her on the first night. Tears stained her blue scarf as she remembered it:

"I screamed and cried all night. I have images in my mind I can’t scratch out," said Neha. "I hate him."

About a week after the marriage, the underage bride obtained a burqa — the all-covering garment worn by some Muslim women — and 500 rupees (about $3). She fled. 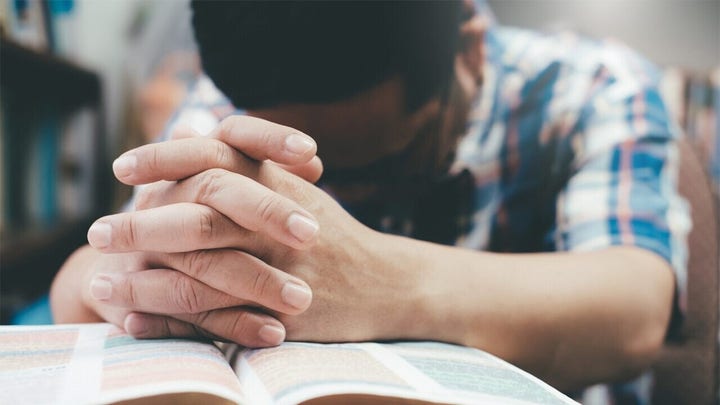 But when she arrived home, Neha found her family had turned against her.

"I went home and I cried to my Mama about my aunt, what she said and the threats. But she didn’t want me anymore," said Neha.

Her parents feared what her new husband might do to them, Neha said. Further, the prospects of marriage for a girl in conservative Pakistan who has been raped or married before are slim, and human rights activists say they often are seen as a burden.

Neha’s family, including her aunt, all refused to talk to the AP. Her husband’s lawyer, Mohammad Saleem, insisted that she married and converted voluntarily.

Neha found protection at a Christian church in Karachi, living on the compound with the pastor’s family, who say the girl still wakes screaming in the night. She hopes to go back to school one day but is still distraught.

"At the beginning my nightmares were every night, but now it is just sometimes when I remember and inside I am shaking," she said. "Before I wanted to be a lawyer, but now I don’t know what I will do. Even my mama doesn’t want me now."