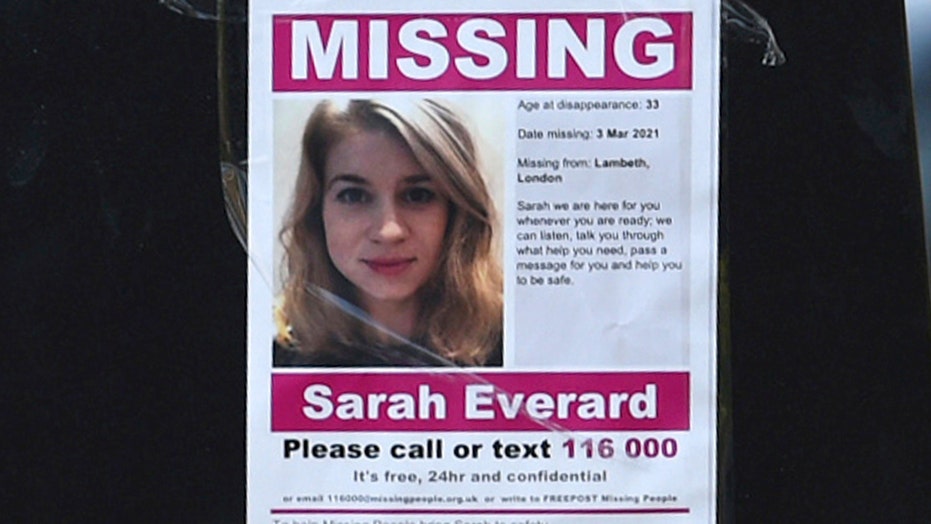 A British woman who went missing last week after leaving a friend’s house was seen on a security video walking alone the night she disappeared, according to investigators.

Sarah Everard, 33, reportedly disappeared the evening of March 3 after leaving her friend’s house in south London. It normally would’ve taken her around 50 minutes to arrive home, according to Scotland Yard.

Private door camera footage captured Everard walking alone about 30 minutes after she left her friend’s house. It is unclear whether or not Everard reached her home.

An investigation into her disappearance has been opened, The Guardian reported on Sunday. Officers with London’s Metropolitan police have been conducting house-to-house inquiries.

The police’s specialist crime command is leading the investigation, though her case is still being classified as a missing persons case.

Everard’s family said it is "totally out of character for her to disappear like this."

"With every day that goes by, we are getting more worried about Sarah," her family said in a statement. "She is always in regular contact with us and with her friends and it is totally out of character for her to disappear like this. We long to see her and want nothing more than for her to be found safe and well."

Detective Chief Inspector Katherine Goodwin told The Guardian that there is no information at this stage of the investigation to suggest foul play.

"The focus remains on returning her home to her family safe, and this is our No. 1 priority," she said.

On Monday, Goodwin appealed for anyone with possible footage and who may have been in the area where Everard was last seen to come forward.