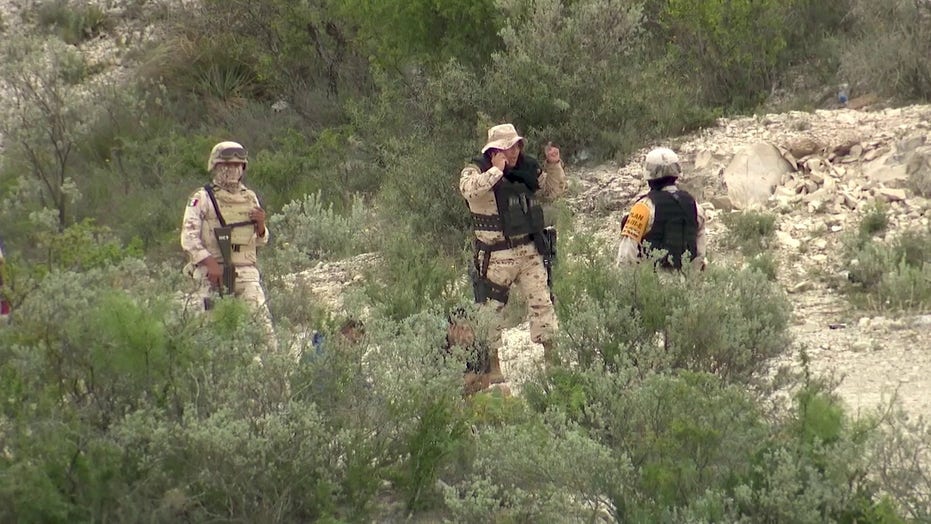 Mexican forces swarmed a hill overlooking the Rio Grande, where they apprehended a possibly coyote and some migrants.

A video posted to social media on Thursday showed a group of Mexican Marines swarming in to apprehend a group of migrants as they waited to cross the Rio Grande into the United States.

Fox News correspondent Bill Melugin captured the footage on his cellphone before posting it to Twitter. Fox News also captured close-up footage of the operation.

The nearly 30-second video shows a group of migrants sitting on a hill overlooking the Rio Grande, just before the Marines move in on them.

An individual can be seen on video surrendering to the Marines immediately, dropping to his knees with his hands behind his head. Melugin reported that at least two individuals were separated from the main group, both of whom are potentially coyotes.

The coyotes are responsible for smuggling individuals across the border into the United States, often with potential connections to cartels, and they take money in exchange for passage.

Videos from recent months have shown coyotes as they drop children over the border and then make a hasty retreat back into Mexico to start their next operation.

Mexican President Andres Manuel Lopez Obrador has insisted that his country will cooperate with the United States to handle the crisis at the U.S.-Mexico border, which has seen hundreds of thousands of adults and children crossing this year alone.

SEN. MARSHA BLACKBURN: BIDEN CAN END OUR BORDER CRISIS. MY PLAN WILL KICK START THE SOLUTION

The U.S. Department of Homeland Security (DHS) has looked to increase the number of migrants allowed into the U.S. as a means of alleviating pressure from the situation.

"The Biden administration has made it clear that the border is not open," a DHS spokesperson told Fox News. "Our policy is to expel single adults and families. In situations where individuals cannot be expelled, they are placed into removal proceedings and a custody determination is made, which could result in an Alternative to Detention program."

The Mexican Secretariat of National Defense did not respond to a Fox News request for comment.