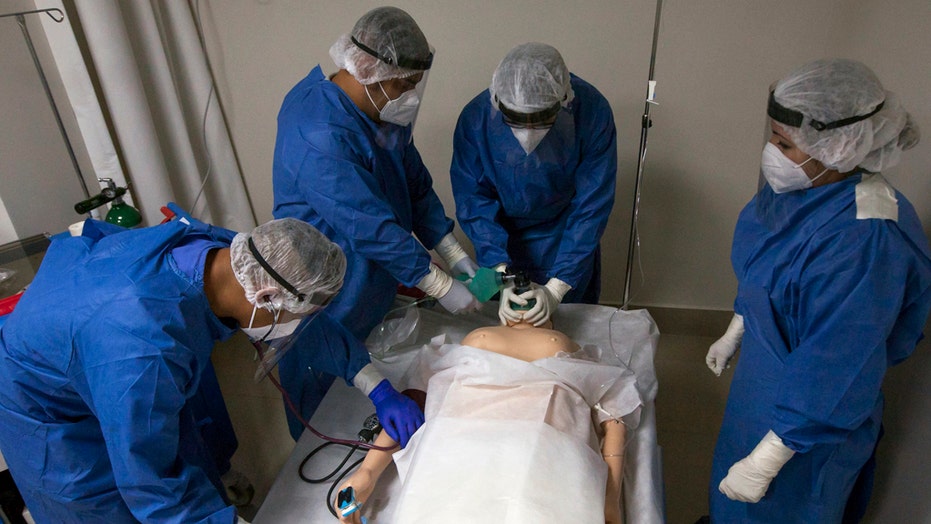 Fourteen health care workers who had come to Mexico City suffered a so-called “virtual kidnapping” last week, forcing authorities to respond to the hotels where they were staying in order to ensure their safety, Mexican officials said Wednesday.

The nurses employed by the Mexican Social Security Institute had recently arrived from the city of Monterrey, the capital of the northeastern Mexican state of Nuevo León, to help tackle the coronavirus pandemic, Spanish newspaper El País reported.

They were staying at two hotels – Ambos Mundos and el Bonn – both in the popular Tacubaya neighborhood in central Mexico City, the worst-hit part of the country.

That’s when the health care workers began receiving phone and video calls threatening that they would be kidnapped or attacked if they left the building. The callers claimed to have access to the hotels’ security cameras to track their movement. They then called the nurses’ relatives to “inform them that they were holding their family members and if they didn't deposit a certain quantity of money, would do them [to] harm," according to a statement from the Mexico City prosecutor’s office.

Military doctors and nurses train with a mannequin on the premises of a hospital to receive patients with Covid-19 in Monterrey, Nuevo Leon, Mexico, on May 18, 2020.  (AFP via Getty)

The city prosecutor’s office (FGJ) said it was “a crime of extortion and not kidnapping" which involved making the victims believe that they were in danger and had to follow instructions over the phone. According to El País, panic and deception then took care of the rest, but the nurses were never physically prevented from leaving.

Mexico City, with about 9 million residents, has recorded the most infections and deaths in the country.

Last week's incident is just one of several threats and attacks reported against health care workers who have come to the capital to serve on the front lines of the crisis, as many fear medical professionals deployed from other regions are spreading the contagion. Mexico’s Health Ministry said Tuesday that about 20 percent of the more than 54,300 confirmed infections in Mexico involve health workers.

Mexican President Andrés Manuel López Obrador has received criticism over a lack of widespread testing among the general public, and critics fear the actual death toll and case count have gone drastically underreported.

Only about 150,000 have been carried out so far in a nation of about 125 million people, according to the Associated Press.

In a new report published Monday, anti-corruption group Mexicans Against Corruption said a registry of death certificates in Mexico City suggests there were 4,577 cases where doctors mentioned coronavirus or COVID-19 as a possible or probable cause of death.

That’s more than three times the official death toll in the city. By Monday, the federal government had acknowledged only 1,332 confirmed deaths in Mexico City since the pandemic began, less than a third as many as the investigation revealed.