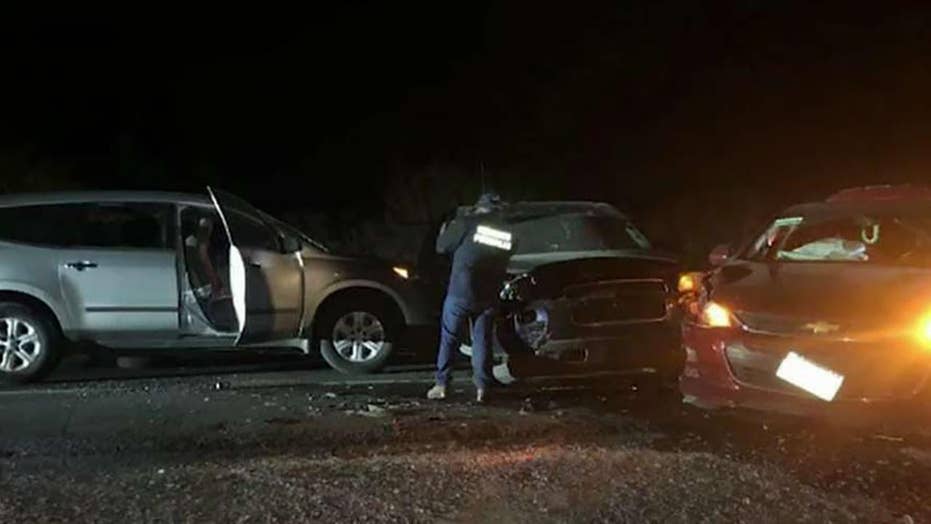 The former leader of Mexico’s Cartel Del Golfo, a criminal organization, pleaded guilty in federal court Thursday to an international drug trafficking conspiracy that brought cocaine and marijuana into the United States.

Jorge Costilla-Sanchez, 48, admitted to his role in a conspiracy to possess with the intent to distribute 450 kilograms of cocaine and more than 90,000 kilograms of marijuana, according to a press release from the Department of Justice.

Jorge Eduardo Costilla Sanchez, aka "El Coss," is shown during a media presentation at the Mexican Navy's Center for Advanced Naval Studies in Mexico City. (AP)

In 2003, Costilla-Sanchez became the leader of “The Company,” a collection of former military personnel that acted as security enforcers for the cartel.

For nearly 10 years, Costilla-Sanchez oversaw operations and provided leadership that resulted in thousands of kilograms of cocaine and marijuana being imported into the U.S. The Company controlled multiple plazas along the U.S.-Mexico border that returned bulk U.S. currency to Costilla-Sanchez and other cartel members in Mexico.

Costilla-Sanchez was arrested in September 2012. He pleaded guilty in 2017 to a separate conspiracy to possess with intent to distribute cocaine and marijuana, plus two counts of assault to a federal officer. The DOJ said he has not been sentenced for those offenses.

Costilla-Sanchez faces a minimum of 10 years and a maximum of life in prison. His sentencing is scheduled for April 14, 2020, before U.S. District Judge Fernando Rodriguez Jr.