Mandela 'sitting up', 'much better': grandson 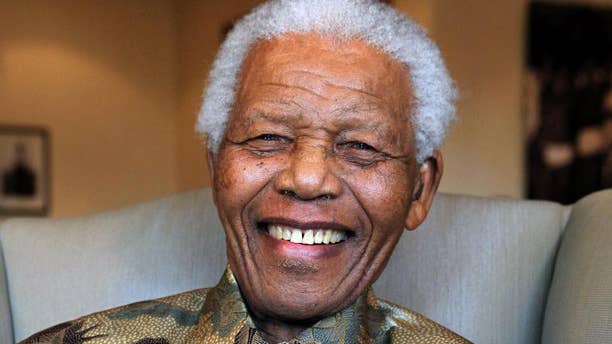 Global anti-apartheid icon Nelson Mandela, who is recovering at home after spending nearly three months in hospital, is said to be doing "much better" and sitting up on his bed, his grandson was quoted as saying Thursday.

Mbuso Mandela told The New Age newspaper that the 95-year-old statesman was "sitting up and looking around" and had spent the Tuesday public holiday surrounded by family.

"I saw him again yesterday (Wednesday) at lunch, He is doing well," he said, adding that "we are keeping him company".

He stressed that Mandela was "much better" and not completely bed-ridden.

Mandela is receiving intensive care for a respiratory illness at his Johannesburg home where he returned after being discharged on September 1.

He had spent 86 days in a Pretoria hospital.

His condition was described as critical but stable throughout his stay.

The frail statesman has faced several health scares in recent years amid lung problems that date back to his 27 years in jail.

He has been hospitalised several times since last December. His latest hospitalisation was his longest.

The frail statesman is admired for his lifelong sacrifice in fighting the brutal regime of racial segregation installed with apartheid in 1948.

In his address at the United Nations in New York, President Jacob Zuma said Mandela "continues to respond to treatment."