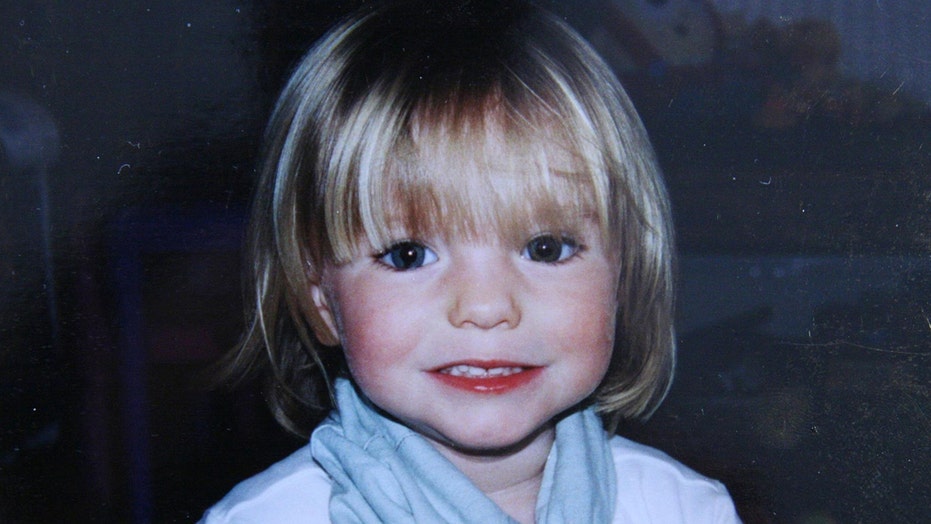 New details have emerged related to the German man suspected in the years-old disappearance of 3-year-old Madeleine McCann, including that he was known at the time to steal "from hotels and holiday apartments," according to a recent report.

A recently aired segment of CBS’s "48 Hours" digs into the 13-year-old case involving McCann, a British girl who was vacationing with her family in Portugal’s vacation hotspot of Praia da Luz in May 2007 when she vanished from her hotel room where she and siblings were sleeping.

The long-running investigation into who took McCann, who vanished shortly before her fourth birthday, has intrigued the U.K. – and much of the world – for years. Her parents said Madeleine went missing after they had left her and her twin siblings asleep in their holiday complex while they had dinner with friends at a nearby restaurant.

Police at the time said the suspect, described as white with short, blond hair and a slim build, was linked to a camper van seen in the Algarve in 2007 and was believed to be in the resort area in the days before and after May 3 that year.

In June 2020, British authorities announced that a German man had been identified as a suspect, with officials later identifying him as Christian Brueckner, or "Christian B." Brueckner is 43 and was in and around the Praia da Luz resort area on the Algarve coast at the time McCann disappeared on May 3, 2007.

Bruecker reportedly drunkenly told a friend that he had information about McCann, according to Saturday’s "48 Hours" segment, "The Puzzle, Solving the Madeleine McCann Case."

A tipster went to German authorities regarding Brueckner in 2017, and an investigation was commenced.

"Christian B. is a … criminal who committed a lot of financially motivated crimes like burglary or drug trafficking," said crime analyst Mark Hofmann during the segment. "But he also has a darker side."

Brueckner sexually abused a child in 1994 in Germany before moving to Portugal before serving time in connection with the alleged crime, according to the report. After returning German to face his time, Brueckner moved back to Portugal.

"He lived in a house right about one mile from the crime scene," Hofmann said.

Hofmann said Brueckner was "known for burglary in hotel resorts."

He canceled his car’s registration in the days following McCann’s disappearance and moved back to German shortly thereafter, according to the report.

German prosecutor Hans Christian Wolters confirmed during the segment that Brueckner’s cellphone data placed him in the area of the family’s vacation spot around the time McCann vanished – but investigators are still working to confirm the Brueckner was the person using his cell phone at the time.

"The phone number placed Christian to the Ocean Club, but we have to find out which person uses this phone at this time. Normally it was used by Christian B," Wolters told "48 Hours." "But we don't know which person used it on the 3rd of May in 2007."

Wolters told CBS investigators still needed to track down and speak with the person who contacted Brueckner’s cell phone on the night of McCann’s disappearance, stressing that it "might be the only person who could confirm that indeed, Christian B. was holding his cellphone … in his hand that night."

Wolters said investigators were able to link Brueckner to a Skype chat room for pedophiles in 2013, according to the report.

"We have strong evidence that Christian B. killed Maddie McCann," Wolters said during the interview.

He noted that investigators have still not recovered the little girl’s body, but added: "We're sure that Christian B. murdered Madeleine McCann because of the evidence we have."