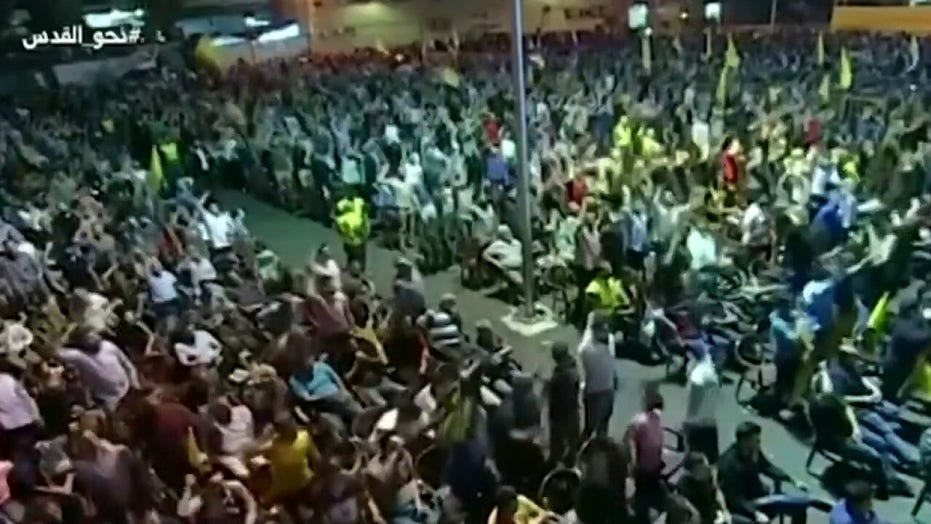 The army will have the power to close places of assembly and implement curfews; Trey Yingst reports from Beirut.

The Islamic Republic's influence in Lebanon is heightened by its backing of the country's Hezbollah militant group, which Lebanese citizens say is a shadow government controlling President Michel Aoun, who remains in power.

Speaking with Rouhani on Wednesday, Macron said the region’s major powers should avoid interfering or escalating tensions in Lebanon as it forms a new government, according to Macron’s office.

The French president was the first international leader on the ground after the explosion at Beirut's port that killed at least 220 people and injured 7,000 others on Aug. 4, leaving much of the city destroyed. His presence stood in stark contrast to the relative absence of Lebanese government officials since the incident.

Macron toured the rubble and promised frustrated protesters that aid would not fall into corrupt hands.

Lebanon's prime minister, Hassan Diab, and his entire cabinet resigned earlier this week as reports surfaced that officials had been aware for years of the 2,750 tons of ammonium nitrate stored in Beirut's port, which caught fire and triggered the deadly explosion.

Macron is hoping to broker a deal between opposing political factions in Lebanon to rebuild the city and restore the government while also coordinating international aid for recovery efforts.

Over the weekend, he chaired a virtual aid conference that garnered $295 million in pledges.

Macron has also urged both Russia and Iran -- key power players in the region -- to coordinate aid efforts with the rest of the international community to restore stability.

Instead, the two nations have offered bilateral aid rather than participating in efforts through the U.N. Security Council