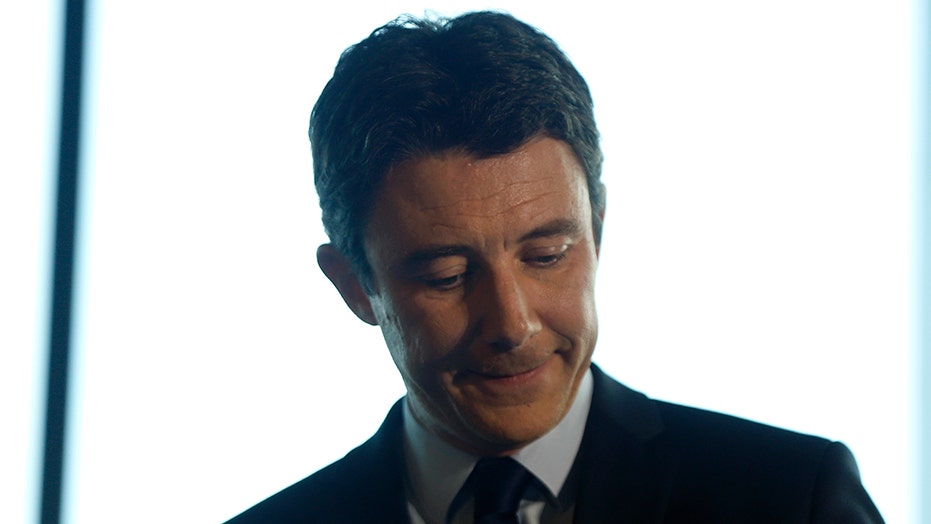 French President Emmanuel Macron’s preferred candidate in the Paris mayoral race dropped out Friday amid allegations that he sent sexual images to a woman who isn’t his wife.

Benjamin Griveaux, a former government spokesperson and member of Macron’s centrist La République En Marche party, quit after images surfaced Thursday of an online chat that included a video of a man’s genitals, Reuters reports. He has not disputed that he participated in the conversation.

“I have decided to withdraw my candidacy from the municipal election,” Griveaux said in a video message, adding that websites and social media are “carrying ignoble attacks about my private life.”

The leaker who reportedly revealed the images, Russian performance artist Pyotr Pavlensky, is known for actions such as nailing his scrotum to Moscow’s Red Square in protest of the former Soviet country “becoming a police state.”

The newspaper Liberation said Pavlensky called Thursday night to disclose that he obtained the video from an unnamed source who had a relationship with Griveaux.

Liberation quoted Pavlensky as saying that he wanted to denounce Griveaux's “hypocrisy.”

“He is someone who is always playing up family values, who says he wants to be the mayor of families and always cites as examples his wife and children. But he does the opposite,” Pavlensky reportedly told the newspaper.

Yet expressions of support are coming in for Griveaux, even from political rivals.

Politicians warned that people will no longer want to stand for elected office if they run the risk of their private affairs becoming public and that the leaking of sexually explicit material to take Griveaux out of the municipal elections was a threat to France's democratic traditions.

On the far-left, former presidential candidate Jean-Luc Melenchon also expressed support, saying Griveaux was the victim of score-settling and that French public life must not become prey to voyeurism.

“The publication of intimate images to destroy an adversary is odious,” Melenchon tweeted.

Griveaux’s sudden withdrawal from the mayoral race leaves Macron's party without a candidate for the elections next month.