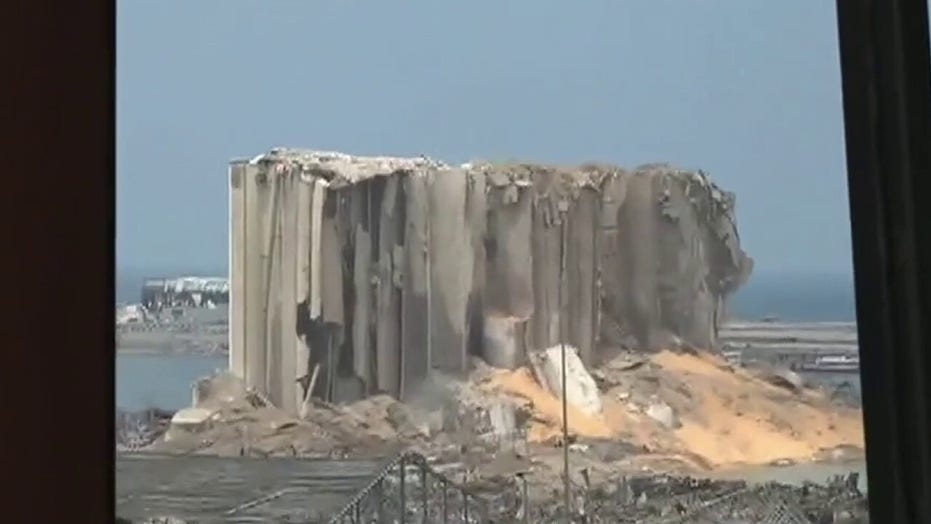 Trey Yingst goes inside a damaged apartment complex in Beirut, Lebanon, as the investigation of a deadly explosion continues.

Violent protests erupted in Lebanon for the second straight day after a deadly explosion rocked the nation's capital city of Beirut, killing at least 154 people and injuring 5,000 others, with dozens of people still unaccounted for.

Anti-government demonstrators clashed with police outside of parliament buildings Thursday, shouting “revolution” as residents blamed the devastating blast in Beirut's port Tuesday on government negligence. The protests were reminiscent of previous anti-corruption demonstrations that took place in October 2019.

Lebanese forces deployed tear gas and pepper on crowds of demonstrators while protesters threw rocks and set small fires throughout the city.

Residents' frustrations are mounting even as France, the U.S., Australia and other countries pledge aid to help local officials sift through the rubble of hundreds of homes and buildings. Officials estimate that at least 300,000 people have been left homeless.

Fox News reporter Trey Yingst, on the ground in Beirut, described one apartment complex in the immediate vicinity of the blast that looked "like a war zone." The owner of the complex died in the blast that shattered windows and bent steel beams in half, and cleanup efforts are still underway.

Macron is among the first international leaders on the ground, even before members of the Lebanese political elite have toured their own country's wreckage.

Zeinab Zer Eldin, left, and her sister-in-law show a photo of her missing husband on Friday, Aug. 7, near the site of the explosion. (AP Photo/Thibault Camus)

Investigators continue to probe the cause of the blast, which detonated 2,750 metric tons of ammonium nitrate and wrecked large swaths of the city in a giant explosion that could be heard in Cyprus, more than 100 miles away.

Officials are pointing to a Russian ship docked at the city's port since 2013 that was storing the dangerous materials in the form of agricultural fertilizer but without the necessary safety precautions.

Lebanon’s director of customs, Badri Daher, told local media Wednesday he repeatedly warned officials that the cargo was the equivalent of a "floating bomb" and urged its removal but to no avail.

Lebanon President Michel Aoun vowed before a cabinet meeting Wednesday that the investigation would be transparent and that those responsible would be punished.

A man sits among debris inside his house damaged by Tuesday's explosion in the seaport of Beirut, Lebanon. (AP Photo/Hassan Ammar)

The cabinet ordered an unspecified number of Beirut port officials put under house arrest pending the investigation and the government has also declared a two-week state of emergency, effectively giving the military full powers.

Still, residents are accusing Aoun and other political leaders of government corruption that failed to protect the city from the blast.

Justice Minister Marie-Claude Najm tried to visit Gemmayzeh on Wednesday, a popular neighborhood that is now littered in rubble, but angry protesters shouted at her to "Resign, you criminal!"

"Would you accept anything less if your sister were among those killed?" one protester shouted at her, according to reports by CBS News. Protesters sprayed Najm with a water hose, chanting "Revolution!" and "Resign," before she finally left.