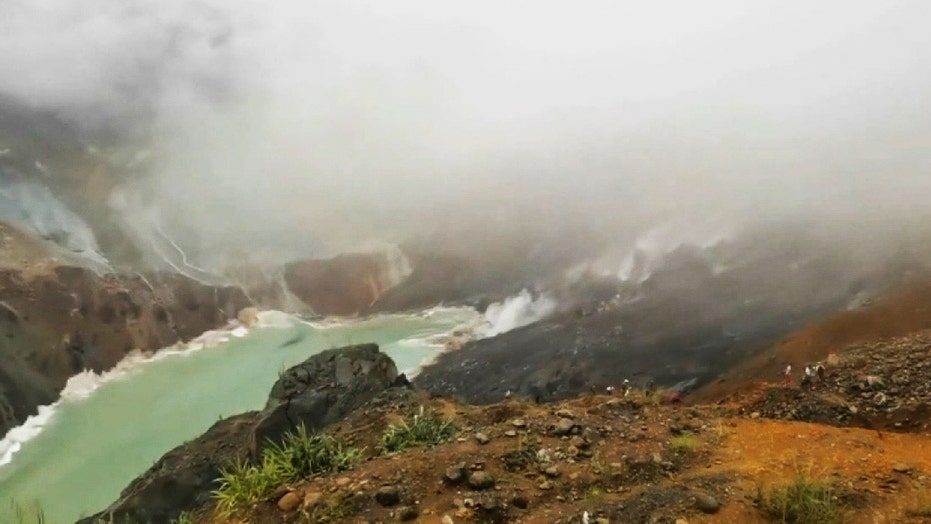 Over 100 Myanmar jade miners killed in a landslide

A hillside of rock and debris sliding down into a crater, triggering a massive wave on a lake, was captured in shocking footage of a deadly landslide into a jade mine Thursday in Myanmar.

The Myanmar Fire Service Department, which coordinates rescues and other emergency services, said at least 162 bodies were recovered after the landslide in Hpakant, the center of the world’s biggest and most lucrative jade mining industry.

“The numbers are going to rise,"  Tar Lin Maung, a local official with the information ministry told Reuters.

Shocking footage recorded by David Zahkung shows the landslide coming down a hill and into a crater, where lake water surged upward as a result. Fire officials said the "muddy wave" crashed onto miners.

Frantic miners race uphill to escape a landslide into a lake on Thursday in Hpakant, Myanmar. (David Zahkung via Storyful)

Frantic miners can then be seen racing uphill to escape as a towering pile of black waste cascades into a turquoise lake.

“The height of the wave was about 20 feet and it drowned many people. It was like a tsunami," U Tin Soe, a local parliamentary representative told the New York Times.

Another miner who survived the incident, Maung Khaing, told Reuters that people began shouting "run, run" before those at the bottom of the hill "just disappeared."

"I still have goose bumps...There were people stuck in the mud shouting for help but no one could help them," he told the news agency.

The Fire Service said 54 injured people were taken to hospitals. The tolls announced by other state agencies and media lagged behind the fire agency, which was most closely involved. An unknown number of people are feared missing.

“The jade miners were smothered by a wave of mud," the service stated. 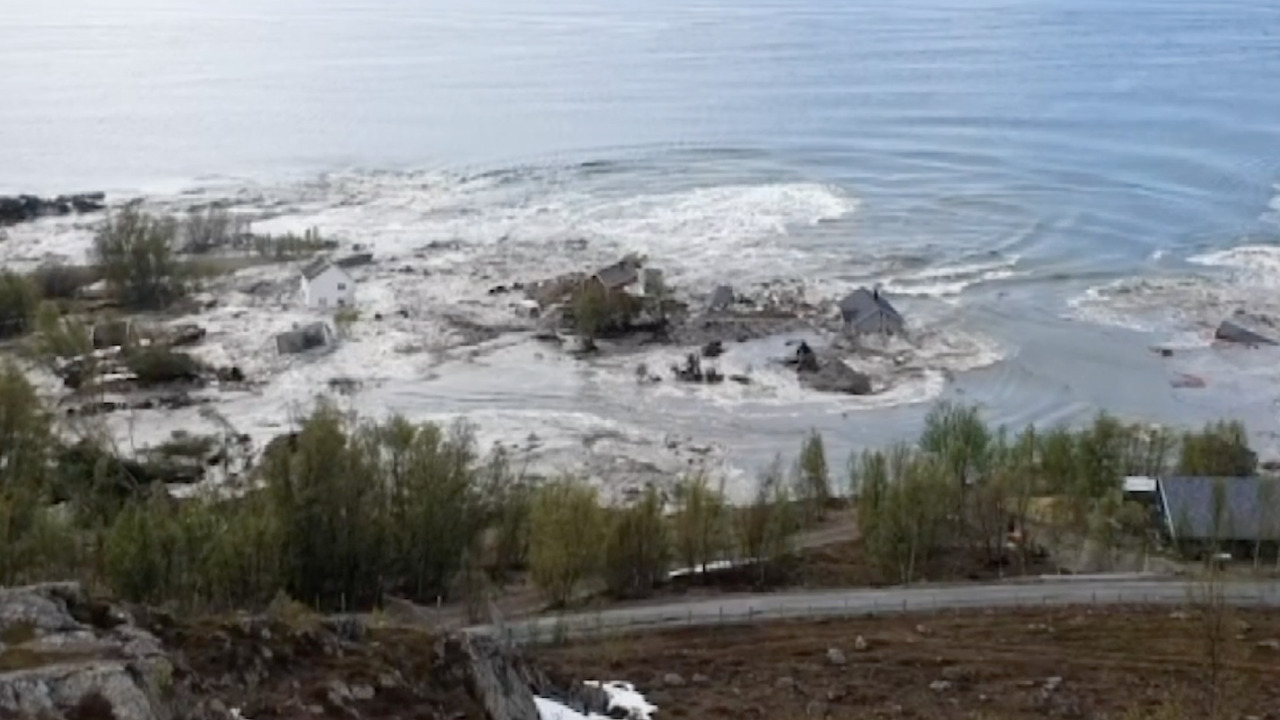 Search-and-rescue efforts were suspended by nightfall and would resume in the daylight Friday.

Over 50 volunteers from the Myanmar Red Cross are supporting search and rescue efforts at the landslide scene.

At the site of the tragedy, a crowd gathered in the rain around corpses shrouded in blue and red plastic sheets placed in a row on the ground.

At least 162 people were killed Thursday in a landslide at a jade mine in northern Myanmar, the worst in a series of deadly accidents at such sites in recent years that critics blame on the government's failure to take action against unsafe conditions. (AP Photo / Zaw Moe Htet)

The most detailed estimate of Myanmar’s jade industry said it generated about $31 billion in 2014.

The London-based environmental watchdog Global Witness said the accident “is a damning indictment of the government”s failure to curb reckless and irresponsible mining practices in Kachin state's jade mines."

“The government should immediately suspend large-scale, illegal and dangerous mining in Hpakant and ensure companies that engage in these practices are no longer able to operate,” it said in a statement to the Associated Press.

Thursday's death toll surpasses that of a November 2015 accident that left 113 dead and was previously considered the country's worst.

In that case, the victims died when a 200-foot-high mountain of earth and waste from several mines tumbled in the middle of the night, covering more than 70 huts where miners slept.