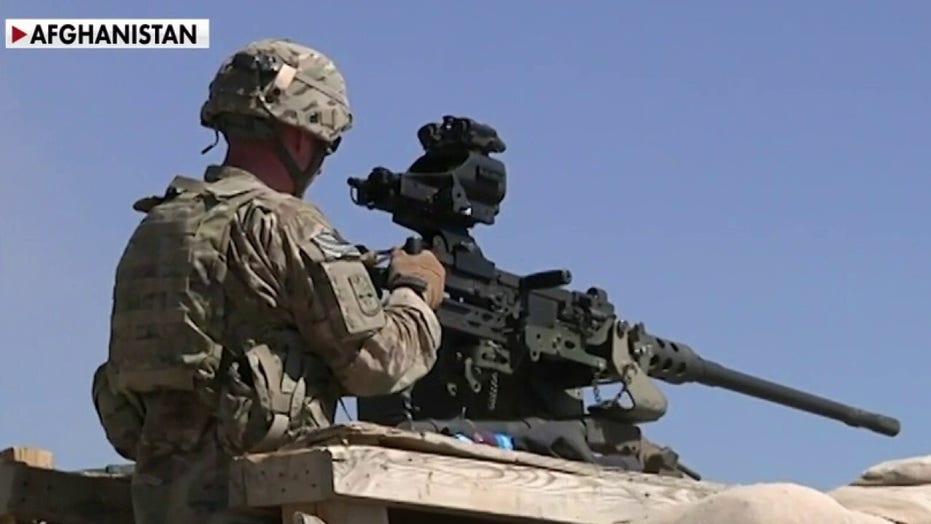 The U.S. military this week has pulled out of Kandahar Airfield, a sprawling base located outside Afghanistan’s second-largest city, a U.S. official based in Kabul confirms to Fox News.

The last American soldier departed earlier this week, the official said. President Biden has said the U.S. would aim to remove the rest of its remaining troops – roughly 2,500 – out of Afghanistan by the symbolic date of Sept. 11.

Kandahar Airfield, or "KAF" as it was known to the tens of thousands of U.S. troops who passed through over nearly two decades, served as a hub for American forces to push out to more austere forward-operating bases and outposts in Afghanistan’s volatile south.

PETRAEUS ON AFGHANISTAN PULLOUT PLAN: ‘I FEAR WE ARE GOING TO REGRET THIS DECISION’

The Taliban movement was founded in Kandahar in an area in the Zhari district known as the "heart of darkness." The rural area is made up of grape rows, irrigation ditches and tightly packed mud hut compounds that could stop a 7.62 round fired from the Taliban.

At the height of U.S. military involvement a decade ago, 100,000 U.S. troops were deployed to Afghanistan, with many of the surge forces sent to Kandahar and Helmand Province to the west.

The rural area produced the bulk of the country’s poppy crop, used to make opium.

The many culverts in the surrounding area also provided hiding spots for deadly bombs, which killed and maimed American soldiers and Marines.