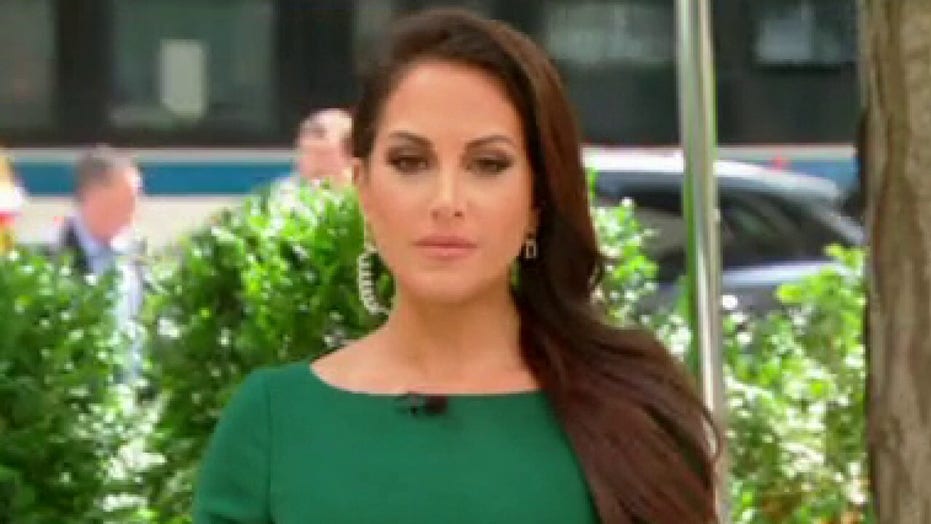 'Outnumbered' panel discusses the White House's messaging on the fallout after the U.S. withdrawal from Afghanistan.

As thousands of people risked their lives attempting to flee Afghanistan during the withdrawal of U.S. forces last month, Italian physiotherapist Alberto Cairo, working at the clinic he has led in Kabul for more than three decades, felt horror.

"What you could see around the airport was so shocking," he told Fox News. "I never expected anything like this."

Cairo came to Kabul in 1990, dispatched by the International Committee of the Red Cross to care for victims of war, often supplying prosthetic limbs for amputees injured by land mines. He never left and decided against taking an evacuation flight as the Taliban returned to power.

"The ICRC is supposed to work in places at war," he said. "If humanitarian organizations do not stay, who should stay?"

After 31 years in Afghanistan as part of a Red Cross mission, Italian physiotherapist Alberto Cairo has opted to remain out of fear for his female colleagues.  (International Committee of the Red Cross)

Cairo says much of Kabul is quiet, as residents wait for clarity on what life will be like under the Taliban.

"Usually, there are always children playing everywhere," he said. "There are so many children in Afghanistan, playing -- now, very few of them. It's like the people of Kabul are waiting for something."

It remains unclear whether the Taliban will reinstate the kind of harsh, fundamental rules it imposed the last time it was in power, before the 2001 U.S. invasion, or whether, as the Islamist group has hinted, it has softened its stance on human rights, including the rights of women and girls.

"For a while, I had the feeling that people could not believe that the Taliban were back," Cairo said. "Now, they know perfectly that they are here... but they are waiting for regulations."

In his 31 years in Afghanistan, Cairo's network of orthopedic centers has expanded, and now cares for thousands of patients with a host of conditions, including polio, spinal injuries, and cerebral palsy.

His Red Cross mandate -- to look after people regardless of their background or affiliations -- can bring enemies face-to-face. He recalled one recent line-up of patients at a rehabilitation center with "two or three" Taliban members "sitting close to a mujahideen."

"On the same bench was sitting also an old communist, [and] a couple of soldiers -- soldiers that until a few months ago were fighting the Taliban. All of them disabled, all of them sitting together, talking to each other and comparing, comparing their disabilities."

"One of the Taliban proposed to make a selfie," he said. "That was very funny, and that's what happens every day. Disability flattens everything."

AFGHAN INTERPRETER BEATEN, TORTURED BY TALIBAN IN FRONT OF FAMILY AS HIS SIV APPLICATION LAGS

Cairo said he had been assured by the Taliban that his center can continue operating: "They know that we are neutral, impartial, that anybody can come. So we feel quite safe."

While women were largely confined to the home during the Taliban's last rule, female health professionals were allowed to work.

"At the beginning, maybe they were a little hesitant," Cairo said. "[But] nothing has changed compared to the way they were working three weeks ago. So they feel quite okay."

"So far we do not have any problem," Cairo said. "We hope that it is going to stay like this."

He does, though, fear a looming economic crisis. Afghanistan's cold winter months are coming, and billions of dollars in Afghan assets have been frozen overseas since the Taliban's takeover.

"My message is very clear," Cairo said. "Please do not forget Afghanistan. I'm scared it is going to be forgotten again. And then we -- I mean, I put myself together with the Afghans -- we will be left to cope with a terrible economic situation."

He urged foreign governments to press the Taliban on rights.

"The international community has to be present," he said, "to have a dialogue with the Taliban and to keep the door of negotiations open, to be sure that all these kind of things are guaranteed.

"But that will happen only if Afghanistan is not forgotten."