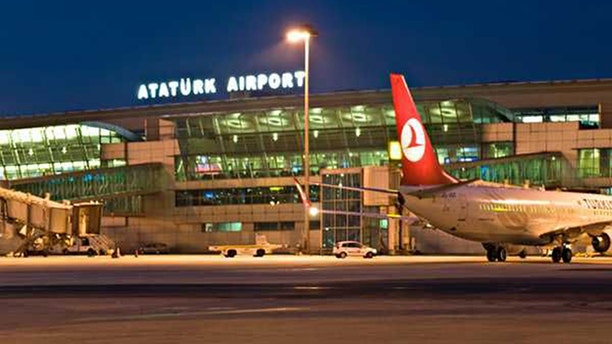 A British director of an organization promoting journalism in conflict zones has been found dead amid suspicious circumstances at Istanbul's main airport after allegedly missing a connecting flight to northern Iraq where she worked, reports and officials said Monday.

The London-based Institute for War and Peace Reporting confirmed that Jacky Sutton, the organization's country director for Iraq, was found dead at Ataturk Airport on Oct. 17. It said the former journalist was on her way to her base in Irbil, Iraq.

Turkey's state-run Anadolu Agency said a British woman, identified as Jacqueline Anne Sutton, took her own life inside a washroom at the airport. Sutton allegedly became distraught because she didn't have money to buy a new ticket to Iraq, the agency reported without citing a source.

Turkey's private Dogan news agency said Sutton hanged herself with shoelaces from the hook of the bathroom door, also without citing a source. Her body was discovered by three Russian tourists who alerted police, Dogan said.

Sutton's colleagues and friends were skeptical about the reports that she would have taken her life for missing a flight.

"The circumstances of her death are unclear and we are trying to establish the facts," the IWPR said.

Sutton would have known that the organization would have paid for a new flight, a relatively common occurrence, said Anthony Borden, Executive Director of the Institute for War and Peace Reporting.

"Clearly there would have been no issue (with money). It's really inconceivable. We change tickets all the time," he said.

Security officials at Ataturk Airport did not answer calls seeking a comment. A Turkish government spokesman could not immediately be reached for comment.

Sutton, 50, was a former producer and broadcaster with the BBC in London and held various positions over the years with humanitarian organizations and the United Nations, according to her professional profile on LinkedIn. She was studying for a PhD at the Australian National University on media in war-torn countries at the time of her death, focusing on Iraq and Afghanistan.

She was appointed to the IWPR in Iraq in June after the death of the previous country director, Ammar Al Shahbander, who was killed in a car bombing in Baghdad, the organization said.

Borden said Sutton had taken over an "extraordinary burden" from a colleague that had been killed. He said there is no reason to think the deaths are related.

"She had toys in her bag for the children of staff," in Iraq, he said.

"The profile doesn't strike me as right," he added. "I can't get my head around it."