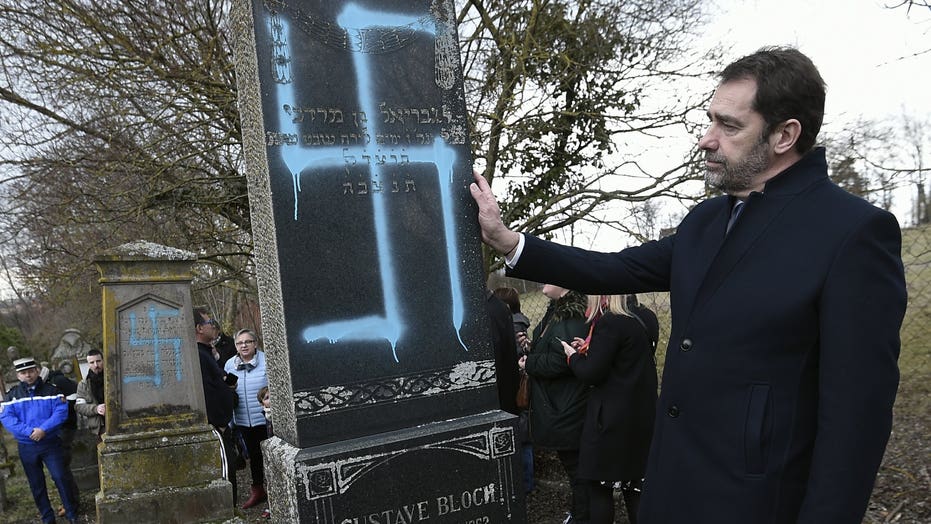 Jewish leaders met this week in New York to address a rise in anti-Semitic incidents over the past few years across the globe - especially in major cities in Europe - and warned that Jews will not be the only ones targeted in the future.

Joel Rubinfeld, president of the Jewish Coalition for Kurdistan, located in Belgium, told CBN News that anti-religious incidents will target Christians next.

"More problems will come," Rubinfeld told the Christian news site. "No, it's just the beginning. We know this. We know that about anti-Semitic…the anti-Semite. They start with Jews. But they never finish with Jews."

While the increase of anti-Semitic attacks is concentrated in Europe, Chrisitan persecution, according to watchdog group Open Doors USA, is prevalent in Asia, the Middle East and parts of Africa.

Rubinfeld's comments come on the heels of an "unprecedented" report on anti-Semitism released by the United Nations last month that pointed out the frequency of incidents appears to be increasing.

It also linked anti-Semitism to denunciations of Israel as well as the Palestinian-led Boycott Divestment Sanctions (BDS) movement, which calls for a boycott of all Israeli products.

The report stressed that the "prevalence of anti-Semitic attitudes and the risk of violence against Jewish individuals and sites " are significant.

Specifically, the report mentioned the 2018 attack at the Tree of Life Synagogue in Pittsburgh, where a gunman opened fire and killed 11 congregants “in the deadliest attack on Jews in U.S. history” and the Chabad of Poway synagogue shooting in April on the last day of Passover when a gunman killed one woman and injured three others, including the rabbi.

Earlier this year, the New York Times, the Women's March, as well as the Democratic Party have all had issues with anti-Semitism.

The NY Times announced in June that it will end political cartoons after "anti-Semitic" depictions of Israeli Prime Minister Benjamin Netanyahu with President Trump.

Last month, the anti-Trump Women's March severed ties with leaders, Linda Sarsour, Tamika Mallory, and Bob Bland, all accused of anti-Semitism, but then had to quickly drop a new replacement, Zahra Billoo, a lawyer and executive director of CAIR (the Council on American-Islamic Relation), whom the Anti-Defamation League described as having a "long history of deeply offensive and antisemitic statements."

The Democratic Party has been grappling with an anti-Semitism problem especially this year following a series of comments from prominent freshman Democrats, particularly Minnesota Rep. Ilhan Omar, that members of both parties have called anti-Semitic.

In June, the Senate unanimously passed a resolution explicitly and unequivocally condemning anti-Semitism, something the Democrat-controlled House failed to do earlier this year.