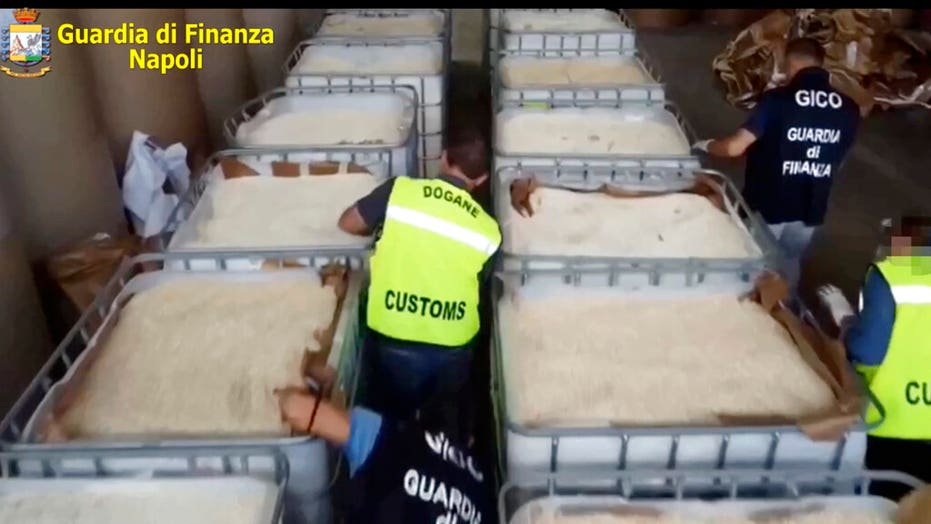 Italian police seized 14 tons of amphetamines with a street value of approximately $1.15 billion, which they suspect was headed for the home base of a notorious European crime clan in Naples and outsourced from ISIS drug producers in Syria.

Customs Police Col. Domenico Napolitano on Wednesday called the discovery the largest seizure of amphetamines in the world.

Police speculated that revenue raked in from the intended drug trade would be a jackpot for ISIS militants to fund their terrorist activities, while simultaneously filling a void in the European drug market created by lockdowns due to the coronavirus pandemic.

“The hypothesis is that during the lockdown… production and distribution of synthetic drugs in Europe has practically stopped,” the finance police of Naples said in a statement, according to the AFP.

“Many smugglers, even in consortiums, have turned to Syria where production, however, does not seem to have slowed down.”

Police are investigating whether the Naples-based Camorra crime group might have ordered the huge shipment for international sales because two weeks earlier, a much smaller shipment of the drug was also seized in Salerno's port in a shipment of clothing.

The amphetamines were labeled by a street name -- captagon -- which customs police say ISIS fighters use to "inhibit fear and pain."

"We know that the Islamic State finances its terrorist activities mainly by trafficking drugs made in Syria, which in the past few years has become the world's largest producer of amphetamines," the statement said.