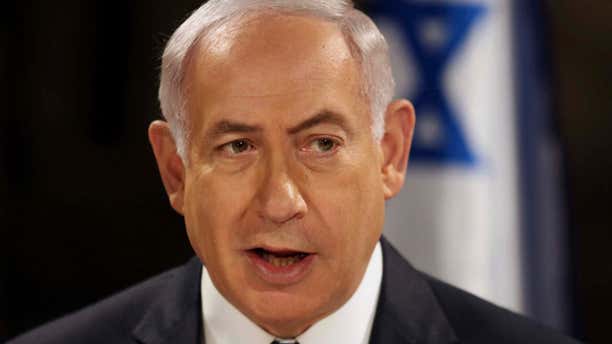 The Palestinians sharply condemned Israel on Sunday for holding a government meeting near a sensitive Jerusalem holy site at the core of their conflict.

Prime Minister Benjamin Netanyahu's Cabinet met Sunday in tunnels near the site for a special session marking the 50th anniversary of Israel's capture of east Jerusalem in the 1967 war, an event it celebrates as the "unification" of its eternal capital.

Senior Palestinian official Saeb Erekat called the meeting a "provocation." He said it sends "a clear message to the Palestinian people that the systematic violations of their inalienable rights are going to continue."

After the 1967 war, Israel annexed east Jerusalem with the Old City home to holy sites sacred to Jews, Christians and Muslims, and declared all of expanded Jerusalem to be its capital.

The international community has never recognized the move. The Palestinians claim the territory as the capital of their future state.

The tunnels run near a compound holy to both Jews and Muslims.

Muslim's regard the same hilltop compound as the "Noble Sanctuary." Home to the Al-Aqsa Mosque and gold-topped Dome of the Rock, it is Islam's third-holiest site after Mecca and Medina in Saudi Arabia.

The fate of the area is an emotional issue at the heart of the conflict between Israel and the Palestinians. A tunnel opening in 1996 sparked Palestinian protests that led to deadly clashes.

At Sunday's meeting the government approved a plan to build a cable car project to the Western Wall.

Tourism Minister Yariv Levin said the cable car "will change the face of Jerusalem, allow easy and convenient access for tourists and visitors to the Western Wall and will serve as an exceptional tourist attraction."