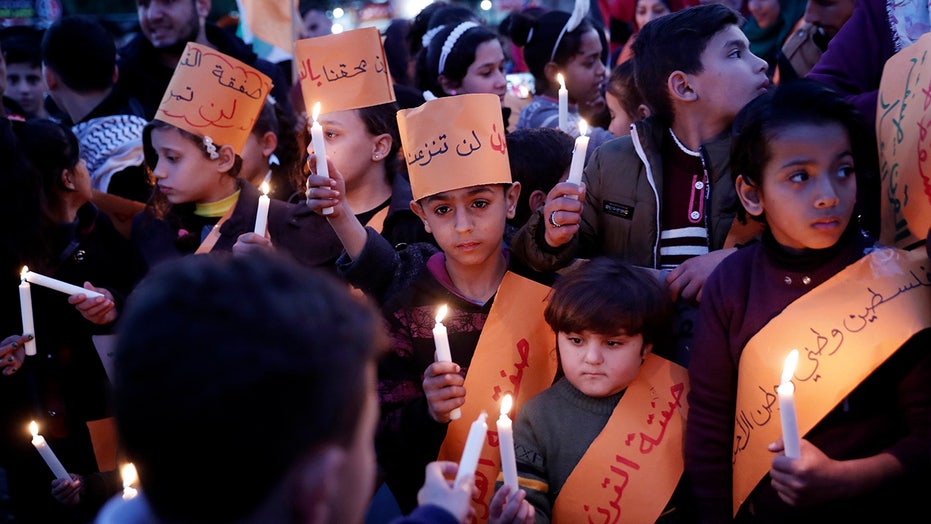 Israel’s military said Friday it conducted airstrikes in response to a Palestinian missile attack in the Gaza Strip.

“Rockets, explosive balloons and sniper shots were fired from Gaza into Israel throughout the day,” Israel Defense Forces said on Twitter. “We just responded by striking Hamas terror targets in Gaza including underground infrastructure used to manufacture weapons.”

The military reported intercepting two of the three rockets Palestinians fired at Israel on Thursday.

The exchange of fire comes with tensions high after President Trump announced his Mideast plan, a U.S. initiative aimed at ending the conflict that heavily favors Israel and was rejected by the Palestinians.

No injuries were reported as a result of the strikes, the Times of Israel reported.

Widespread power outages were reported in Rafah, according to the paper.

The Trump proposal would allow Israel to annex all of its Jewish settlements, along with the Jordan Valley, in the occupied West Bank. The Palestinians were offered limited self-rule in Gaza, parts of the West Bank and some sparsely populated areas of Israel in return for meeting a long list of conditions.

Hamas has vowed that “all options are open” in responding to the proposal, but is not believed to be seeking another war with Israel.

Thousands of people took to the streets after Friday prayers in neighboring Jordan to protest the plan. Jordan, a close U.S. ally and a key player in previous peace efforts, has warned Israel against annexing territory. Jordan and Egypt are the only two Arab countries to have signed peace agreements with Israel.