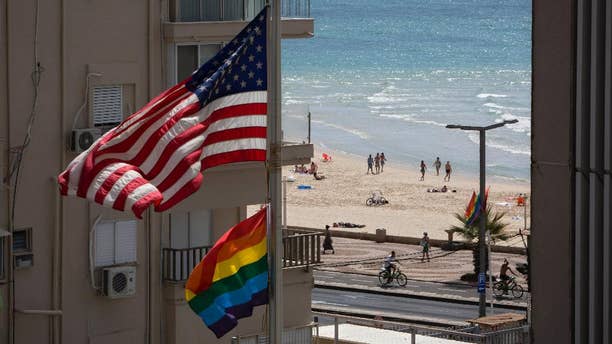 A U.S. flag is raised alongside a pride flag on the U.S. Embassy a day before the Gay Pride Parade in Tel Aviv, Israel, Thursday, June 12, 2014. In June, Tel Aviv celebrates its annual, week-long event that supports lesbian, gay, bisexual, transgender and their supporters, also known as the LGBT community. (AP Photo/Oded Balilty) (The Associated Press)

The Israeli government is opposing lifting barriers that would make it easier for same-sex couples to adopt children in the country, a position that has infuriated the nation's LGBT community ahead of a pivotal court hearing this week.

The Israeli government has informed the High Court of Justice that it does not plan to lift controversial rules only in place for same-sex couples who want to adopt children in Israel. A group of parliamentarians, however, on Monday issued a fiery statement disagreeing with that position.

“This is a foolish and discriminatory decision that is accompanied by unprecedented homophobia,” the statement said. “The Israeli government is again abandoning the gay community and this highlights government’s cynical use of the community: In English they boast about [being a gay-friendly country], but in Hebrew they deny basic rights.”

In the brief presented to the High Court, the government argued that the Children's Welfare Service believes having same-sex parents would add “additional baggage” for the adopted child, who may already feel different from his peers.

“Concerning same-sex couples,” the state brief added, “it has been decided by the professional bodies in the Labor, Social Affairs and Social Services Ministry not to act at the present time to change the existing law.”

Same-sex couples can currently be approved for adoption, but they are treated unfavorably compared to heterosexual married couples. Same-sex couples can only adopt children for whom no adoptive heterosexual married parents can be found -- and often those children come from at-risk families or have special needs. Same-sex couples also typically wait longer to adopt and, if they're approved, the partners are considered to be two individual adoptive parents in the eyes of the law. The petition to the High Court was filed by the Association of Israeli Gay Fathers, together with the Israel Religious Action Center of the Reform movement, against the Social Affairs Ministry and the attorney general.

The Association of Israeli Gay Fathers in its petition to the High Court called the current policy discriminatory and said “it mortally harms their right to a family.” 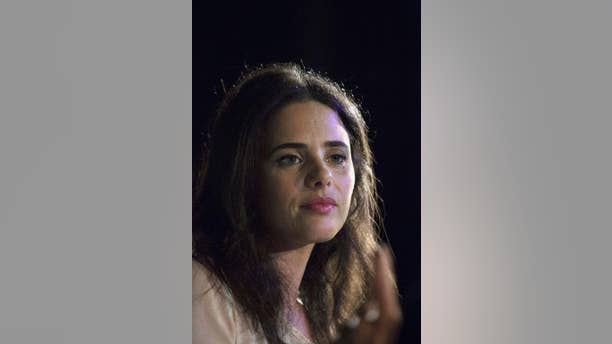 Only three same-sex families -- two male couples and one female couple -- have managed to adopt children in Israel since 2008, when it became legal for such couples to adopt. A report from the Social Affairs Ministry obtained by Israeli newspaper Haaretz shows that in comparison, 1,700 heterosexual couples adopted children during that same period. Same-sex couples filed some 550 requests for adoption or surrogacy from 2008 through 2016.

Following the public criticism, Welfare and Social Affairs Minister Haim Katz on Monday publicly said he disapproved of the state’s position, saying it had not been correctly formulated and should not have been submitted. The minister “does not intend to deny this or that group from the ability to adopt,” his ministry said in a statement. Rather, it said, Katz supports a position that had been agreed with the Justice Ministry that provides for “a wide-ranging reform in adoption services.”