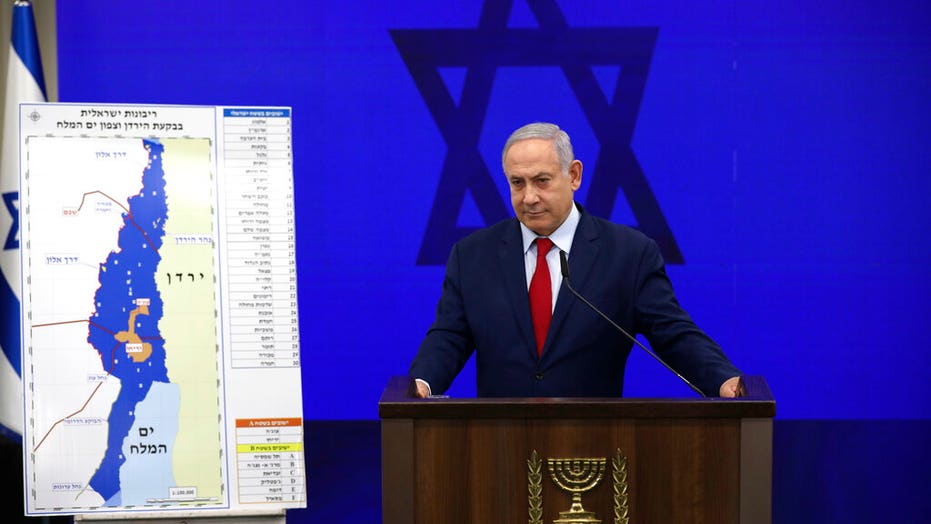 Prime Minister Benjamin Netanyahu announced Tuesday he will initiate Israeli control over West Bank settlements and the entire Jordan Valley region with the support of the Trump administration, if he wins the election next week.

In a statement to the public, Netanyahu vowed to annex settlements in the Jordan Valley with the "cooperation" of the White House.

Netanyahu vowed to Israeli voters that he will gain permanent control of Judea and Samaria settlements, starting with the Jordan Valley and extending to areas of the West Bank.

The West Bank territory has been at the center of the Israeli-Palestinian conflict for 52 years. It is currently controlled by the Palestinian Authority but under Israeli occupation.

"The annexation plan will annex the entire Jordan Valley along the whole borders from Sea of Galilee to the Dead Sea. Will exclude Jericho and its environs and doesn't annex even one Palestinian," Netanyahu said.

Palestinian leaders responded with a statement, warning him of involvement in the region.

Prime Minister Mohammed Shtayyeh said: “Netanyahu is the chief destroyer of the peace process and any foolish move he makes will leave negative consequences on him locally and internationally.”

It did mention that they agreed to the long-awaited goal of recognizing the Jordan Valley as Israeli territory.

Netanyahu previously promised to annex Israeli settlements in parts of the West Bank, ahead of his April general election and mentioned action again earlier this month, according to Reuters.

The international community has expressed concern that Israeli control in the West Bank would go against a two-state solution to the ongoing conflict and remains a violation of international law.

The announcement comes 12 days after the US special envoy for Middle East peace, Jason Greenblatt, stepped down.