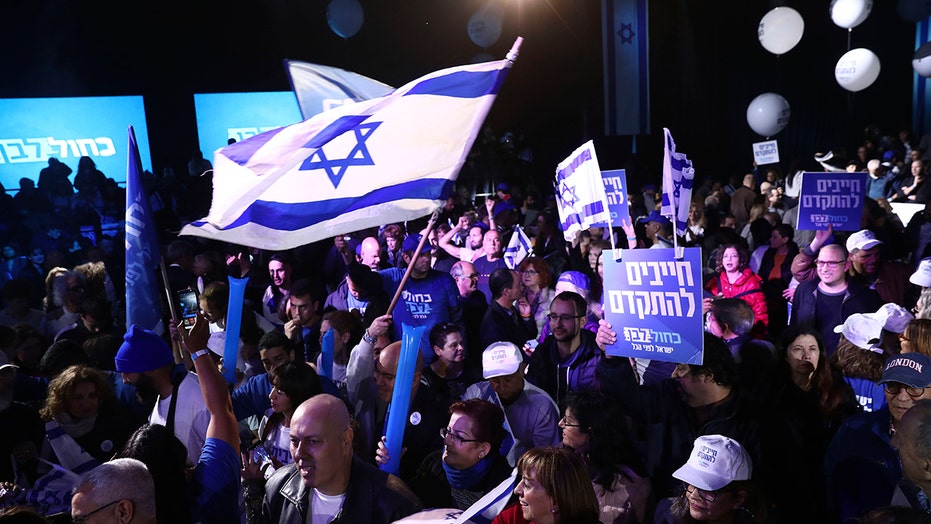 JERUSALEM – For the third time in under a year, Prime Minister Benjamin Netanyahu seeks re-election, and once again the Israeli leader is on the ropes.

After two inconclusive elections last year, opinion polls forecast another stalemate — a troubling scenario for Netanyahu who will go on trial on corruption charges just two weeks after Monday's vote.

This election campaign has been especially tumultuous. President Donald Trump launched his long-awaited Mideast plan, a proposal that heavily favored Israel and was seen as an election gift to Netanyahu. The Israeli leader, meanwhile, was forced to drop his bid for immunity from prosecution, and just this week, Israel battled Gaza militants in a two-day round of fighting.

Monday’s election is seen as another referendum on Netanyahu, the country’s longest-serving prime minister. And once again, the country seems hopelessly divided.

With seeming boundless energy, the 70-year-old Netanyahu has taken to the airwaves and hit the campaign trail, presenting himself to adoring audiences as a global statesman uniquely qualified to lead the country through its many complicated challenges. In recent weeks, he jetted from the White House to Moscow to bring home a young Israeli woman jailed there on drug charges, and flew to Uganda for a meeting with a leader of Sudan, a longtime enemy country.

“We have turned Israel into a world power, a leader in cyber technology, natural gas, water, agriculture, technology, intelligence,” Netanyahu boasted at a recent campaign stop.

He claims credit for a strong economy and boasts of his close relationships with world leaders, first and foremost Trump, while deriding opponent Benny Gantz as a lightweight. In a message that has drawn accusations of racism, he also accuses Gantz of plotting with Arab lawmakers to oust him. In recent days, Netanyahu and his Likud surrogates spread unfounded allegations claiming his opponent is corrupt, unstable and susceptible to blackmail by Iran.

“Being prime minister of Israel is a complicated thing, full of pressures 24 hours a day,” Netanyahu added. “I don’t think Benny Gantz can handle it.”

Gantz, a former military chief of staff, has focused his campaign on Netanyahu’s character, saying a man accused of serious crimes is unfit to lead. He has painted Netanyahu as an out-of-touch egomaniac obsessed with remaining in power and escaping justice, while portraying himself as a moderate alternative to the polarizing prime minister.

“Netanyahu, look me in the eye. Because of your obsession with evading trial, you’re lying, attacking, dividing, mudslinging, spreading malicious rumors and inciting. Netanyahu, you’re poisoning Israel,” Gantz said last week. “Netanyahu, you’ve lost it, and you’re unworthy of being prime minister for even a single day longer.” 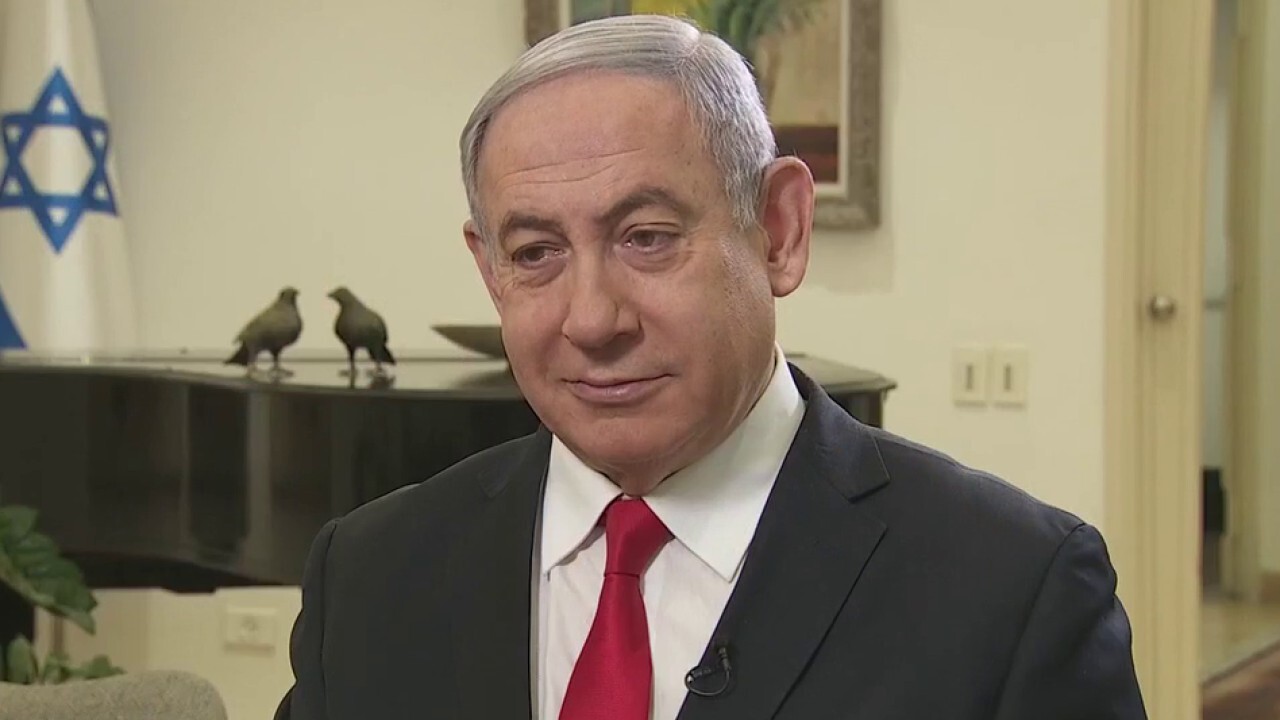 Weekend polls, the last to be published before the vote, showed Gantz’s Blue and White and Netanyahu’s Likud party in a tight race, though Gantz’s party has shown some small signs of slippage over the past week. Even so, the polls forecast both parties and their smaller partners will again fall short of securing the 61-seat majority in parliament required to form a government.

The easiest way out of the deadlock would be a unity government between the two parties, which together are expected to control a solid majority in the 120-seat parliament.

But Gantz says he will only form a partnership with Likud if Netanyahu steps down. Netanyahu says he must remain prime minister in any unity deal.

The deadlock raised the possibility of a fourth election in quick succession.

Turnout of key voting groups could end up deciding the race. Weather may play a role, along with fears of the new corona virus which so far has been kept largely in check. Israel set up some 15 stations to allow voting by the hundreds of Israelis who are in home-quarantine after possible exposure to the virus.

The biggest obstacle may be voter fatigue.

“People are fed up. They think ‘we’re doomed to another gridlock, so what’s the point of voting?” said Guy Ben-Porat, chairman of the department of politics and government at Israel’s Ben-Gurion University. “I think this is the decisive factor in turnout, but I can’t tell on which side it will work more.”

Netanyahu has been charged with fraud, breach of trust and accepting bribes in a series of scandals in which he is accused of accepting lavish gifts from wealthy friends or exchanging favors with powerful media moguls.

With his trial set to start March 17, he is desperate to remain in office. As prime minister, Netanyahu can use his position to rally public support and lash out at what he claims is a vast conspiracy by police, overzealous prosecutors and a hostile media to oust him.

Israeli law allows a prime minister to remain in office even if charged with a crime, while requiring other public officials to resign once indicted.

While another stalemate seems to be likely, the election could still deliver surprises.

Late last week, the Justice Ministry said it would open an investigation into possible financial wrongdoing by a start-up security firm that Gantz chaired after leaving the military. The late-hour announcement was blasted by Gantz’s supporters as politically motivated, but it's not clear if it's had an impact on voters.

The firm, which later went out of business, is believed to have won a lucrative police contract without going through a bidding process. Gantz was not named as a suspect.

If Netanyahu and his allies can somehow muster a majority, it would give him a new lifeline — along with hopes of passing legislation to protect him from prosecution.

Gantz’s road to victory is even trickier. Cobbling together a coalition would likely rely on outside support from Arab-majority parties — a politically unpopular choice that Gantz has ruled out. It also would likely require the support of Avigdor Lieberman, a former Netanyahu ally.

Lieberman, a wily political operator who has long caused headaches for Netanyahu, has refused to commit to either candidate. But he also has said he will not allow a fourth consecutive election, raising speculation he will ultimately side with Gantz.

Yohanan Plesner, president of the Israel Democracy Institute, a Jerusalem think tank, said that if the polls are accurate, the country could face many more months of gridlock unless someone compromises.

“It’s uncharted territory," he said. “And if we judge it based on what we learned in the previous cycle, then the deadlock would mean a fourth election.”