Mike Pompeo: We left a lot of leverage for Biden to put pressure on Iran

Judiciary chief Ebrahim Raisi also described himself as a "defender of human rights" when asked about his involvement in the 1988 mass execution of some 5,000 people. It marked the first time he's been put on the spot on live television over that dark moment in Iranian history at the end of the Iran-Iraq war.

"The U.S. is obliged to lift all oppressive sanctions against Iran," Raisi said at the news conference.

Raisi sat in front of a sea of microphones, most from Iran and countries home to militias supported by Tehran. He looked nervous at the beginning of comments but slowly loosened up over the hourlong news conference.

Asked about Iran's ballistic missile program and its support of regional militias, Raisi described the issues as "non-negotiable."

Tehran's fleet of attack aircraft date largely back to before the 1979 Islamic Revolution, forcing Iran to instead invest in missiles as a hedge against its regional Arab neighbors, who have purchased billions of dollars in American military hardware over the years. Iran also relies on militias like Yemen's Houthis and Lebanon's Hezbollah to counterbalance against enemies like Saudi Arabia and Israel, respectively.

On meeting Biden, Raisi simply answered: "No." His moderate competitor in the election, Abdolnasser Hemmati, had suggested during campaigning that he'd be potentially willing to meet Biden.

The White House did not immediately respond to Raisi's statements Monday. 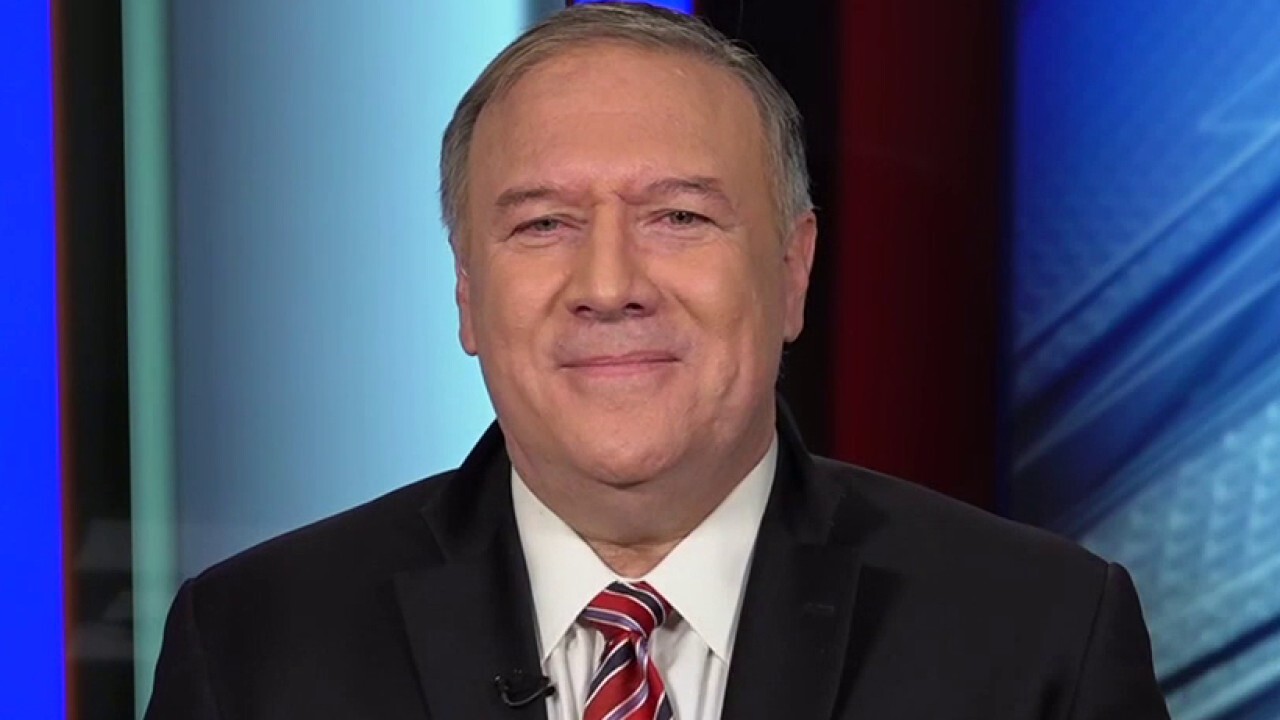 POMPEO: IRAN IS NOT A REGIME WE SHOULD BE ENGAGED WITH

Raisi, a protégé of Iran’s Supreme Leader Ayatollah Ali Khamenei, has been sanctioned by the U.S. in part over his involvement in the mass executions. His victory in the balloting last Friday came amid the lowest turnout in the Islamic Republic’s history. Millions of Iranians stayed home in defiance of a vote they saw as tipped in Raisi’s favor.

Of those who did vote, 3.7 million people either accidentally or intentionally voided their ballots, far beyond the amount seen in previous elections and suggesting some wanted none of the four candidates. In official results, Raisi won 17.9 million votes overall, nearly 62% of the total 28.9 million cast.

Raisi’s election puts hard-liners firmly in control across the government as negotiations in Vienna continue to try to save a tattered deal meant to limit Iran’s nuclear program, at a time when Tehran is enriching uranium at 60% its highest levels ever, though still short of weapons-grade levels. Representatives of the world powers party to the deal returned to their capitals for consultations following the latest round of negotiations on Sunday.

Top diplomats from nations involved in the talks said that further progress had been made Sunday between Iran and global powers to try to restore a landmark 2015 agreement to contain Iranian nuclear development that was abandoned by the Trump administration. They said it was now up to the governments involved in the negotiations to make political decisions.

Raisi's election victory has raised concerns that it could complicate a possible return to the nuclear agreement.