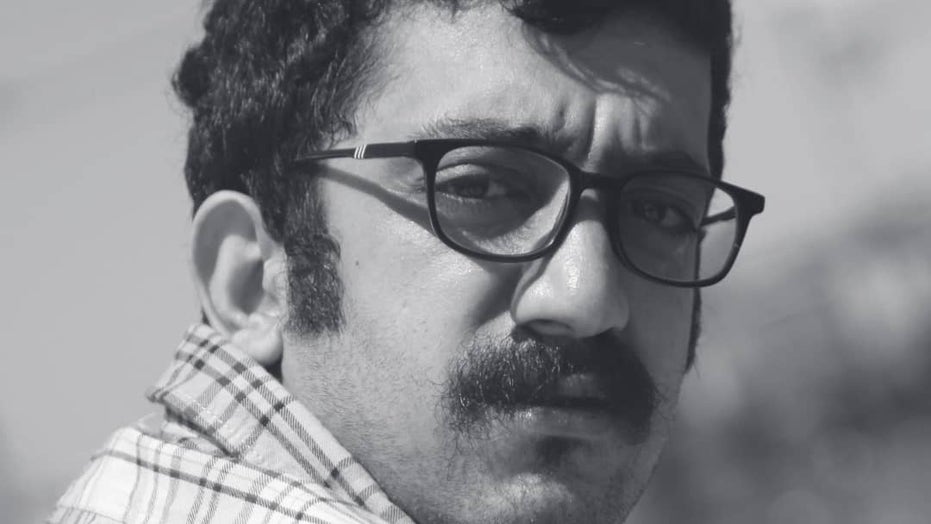 A prominent Iranian music advocate and creator was detained by police officials and charged with allegedly aiding women to sing and dance, he told Fox News.

Mehdi Rajabian, 30, said he was summoned by a police officer Tuesday morning and sent to the Revolutionary Court of Sair – a crackdown he said came after one of his latest art projects was featured online.

"I was interrogated by the police, and I was asked to appear in court. I was arrested immediately until my family released me on bail. I was detained for several hours," Rajabian told Fox News from his home in Sari on Tuesday night.

Prominent arts and music advocate Mehdi Rajabian, 30, told Fox News that he was once again summoned by an Iranian police officer on Tuesday morning and sent to the Revolutionary Court of Sari – where is was then suddenly detained and charged with the “crime” of aiding women to sing and dance. (Mehdi Rajabian)

"I did an interview about a new album featuring female singers, where a female voice will be in the piece of music," he continued. "I have always said that I will fight for the freedom of music as long as I live, and I have no fear. I was arrested for several hours. Of course, I experienced prison and solitary confinement and a long hunger strike many times. Of course, I would be in prison now if my lawyer did not post bail."

In the interim before his next court appearance, Rajabian said he was ordered "not to do anything," and warned that "if music or activity is done," his bail would immediately be revoked.

"Nothing is unpredictable in Iranian courts. They decide for me whatever they want, but it does not matter to me at all," he lamented. "The Iranian regime hates me. They all banned me from working and studying and leaving Iran. Now the pressure is on me not to even produce another work of art. It means complete death. In general, their plan is my complete destruction."

While Iran continues to grapple with the worst outbreak of the coronavirus in the Middle East, Rajabian noted it has had little effect on his life as he is not permitted to leave his home.

"Coronavirus days are a normal day for me. I have been completely alone at home for years, a complete ban. It was as if I had been transferred from a smaller prison to a larger one," he said. "In Iran, because of the ban, all artists and journalists and even ordinary people inside Iran are afraid to even talk to me, I am completely alone, and I am always at home."

In this photo released by the official website of the office of the Iranian Presidency, President Hassan Rouhani adjusts his face mask in a meeting of the national headquarters of the fight against the COVID-19, in Tehran, Iran, Saturday, July 18, 2020. (Iranian Presidency Office via AP)

In Iran, he said it is a seeming offense for people to contact him, and over the years, more and more collaborators have been too scared to show up to work on projects.

This week's arrest was not his first brush with the law – the young musician has been in and out of Tehran's notorious Evin prison since 2013, and that has included a long stint of solitary confinement. He worries this time could be the last foray into the darkness.

"My friends in Evin reported that there was a coronavirus in the prison cells. Of course, I was in Evin prison for about two years. I was punished in the worst cells of Evin," Rajabian recalled. "(But) even if I go to prison hundreds of times, I believe we need females singing and dancing, and joining with the philosophy and the thinking. I will still produce this; I will not censor myself."

Yet arts, music, and movement were not always massive violations in Iran. It was after the 1979 Revolution and the ascendance of the Ayatollah Ruhollah Khomeini to power that the broadcast of music on radio or television was deemed to make the human brain "inactive and frivolous." Subsequently, the swell of pop stars fled from the country, and only revolutionary or religious songs were classified as lawful.

Around two decades ago, classical Sufi -- or "Islamic mysticism" -- tunes had spread into the underground Persian music scene, as did rock, rap, and alternative folk, all behind closed doors, of course.

As a small child, Rajabian became enamored with melodies and the messages they carried forth.

"I was born in a small province in Iran. I was always passionate about music; I would drown in the imagination of color and fairytale while listening to music," he said. "This childish, visual view of music made me see it as a means to carry an artistic message."

But that view would one day see him thrown behind bars in one of the world's worst prisons.

His trouble began in 2013 after he and his older brother, Hossein, were investigated and detained by authorities for "spreading corruption" after their participation in Iran's fabled underground music scene and working with women.

"Women in Iran can't perform as solo vocalists; it is forbidden. And it is forbidden to show musical instruments on national television," Rajabian pointed out. "We are creating music in such hardships, where music can be counted as a felony. One must learn and play music in such situations."

Mehdi's trouble began in 2013 after he and his older brother, Hossein, were investigated and detained by authorities for “spreading corruption” after their participation in Iran’s fabled underground music scene, and working with women. (Mehdi Rajabian)

Then, in June 2015 – following a trial that lasted just a few minutes – Rajabian and Hossein, a then 31-year-old filmmaker, were again arrested and found guilty of "spreading propaganda against the system" and "insulting the sacred." He was cautioned never again to participate in the music industry.

After months of solitary confinement, and then being moved around to cells with an array of Somali pirates and drug dealers, the brothers embarked on lengthy hunger strikes to challenge their situation. Rajibian still feels the health impact today, with long-term muscular issues and other debilitating ailments. Another cellmate taking part in the protest eventually died from starvation.

Yet despite twice being incarcerated and now on probation, Rajabian has continued to make music in rebellion of the regime's prohibition. Last year, Sony Music released his album "Middle Eastern," which was recorded in secrecy and features 100 artists spanning 12 countries torn by conflict and hardships, but all unified by their epistle of unity and peace.

Rajabian's defiant plight over the years has captured the attention of an array of international human rights and arts advocacy groups. Celebrities ranging from Johnny Depp to Peter Gabriel and Ai Weiwei have also used their platforms to champion his case – and Rajabian hopes that such players will once again help in his quest not to be silenced.

"Remember what difficulties we go through here to produce just one work of art," Rajabian added. "My musical notes will come to you from the barbed wire of the prison, (even with) the pressure of the Iranian regime, the absolute ban, the non-cooperation of artists in Iran. Do not enjoy our art, find suffering in it."