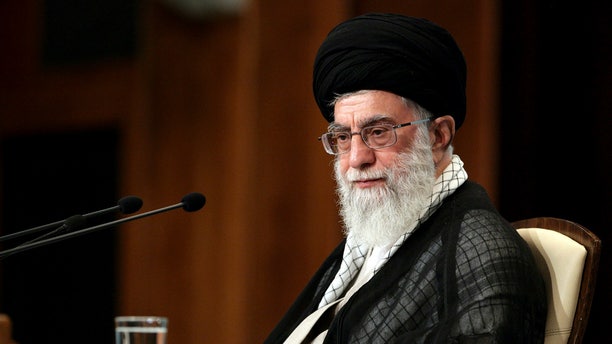 TEHRAN, Iran -- Iran's top leader warned Arab nations swept up in uprisings against autocratic regimes not to allow the U.S. or NATO to influence the types of post-revolution political systems they form.

"Never trust America, NATO, and the criminal regimes like Britain, France and Italy who for a long time divided and plundered your lands," Ayatollah Ali Khamenei told an international Islamic conference in Tehran on Saturday. "Hold suspicion of them and don't believe their smiles. Behind those smiles and promises lie conspiracy and treason."

Iran has sought to portray the popular uprisings transforming the Arab world as a replay of its 1979 Islamic Revolution, which toppled the pro-U.S. shah and brought hard-line clerics to power.

In Iran's view, the collapse of pro-U.S. governments in Egypt and Tunisia was a strong blow to U.S. influence in the region and a new "Islamic awakening."

Khamenei said the U.S. and NATO will try to dominate the future governments of Egypt, Tunisia, Libya and other nations in the Middle East. He urged those nations not to let this happen and to preserve their Islamic traditions.

"Don't allow your enemies to write the principles of your future government for you. Don't let Islamic principles be sacrificed for short-term interests," he told his audience.

Another non-Arab power in the region, Turkey, is trying to sell its own model for balancing Islam and secularism to the transforming Arab world. Turkey currently has an Islamic-based political party governing a secular democracy.

Khamenei, however, urged Arabs to reject Western liberalism and form their governments solely on the basis of Islam.

"To create a system is your big and key job, which is complicated and difficult. Don't let secular or Western, liberal models as well as extremist nationalism ... be imposed on you," he said.

Iran has praised the Arab uprisings, saying the change of governments shows a new Middle East is emerging that will doom Israel and break free of what it calls American interference.