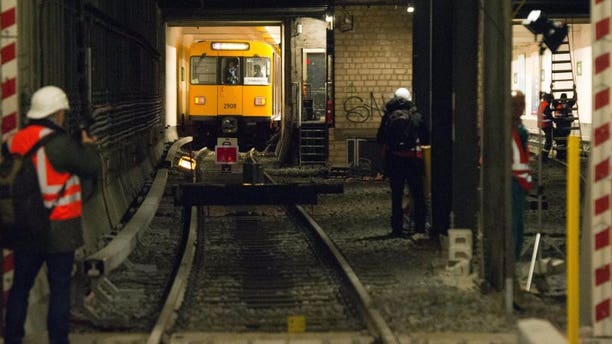 German police say a 20-year-old woman has died after being pushed in front of a Berlin subway train by an apparent stranger.

Police say a 28-year-old man has been arrested on suspicion of homicide. Other passengers overpowered him shortly after the incident late Tuesday at the Ernst-Reuter-Platz station in the west of the German capital.

Berlin police spokeswoman Heidi Vogt said Wednesday that the victim and the suspect didn't appear to have known each other and there was no indication of a quarrel.

Vogt said the man, who was born in Germany but had Iranian citizenship, had previous convictions. She declined to elaborate.