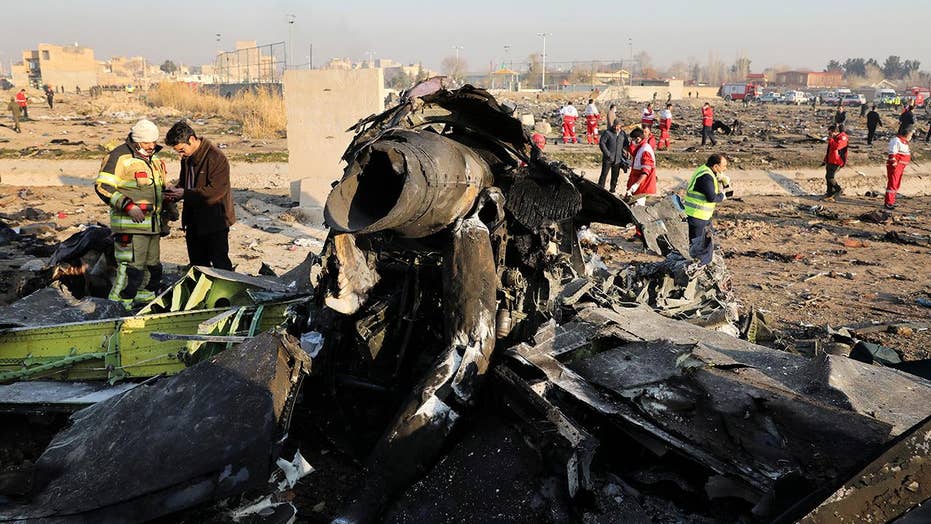 The U.S. intelligence community increasingly believes that the Ukraine passenger jet that went down after takeoff in Iran was accidentally struck by a Russian-made missile

Iran reportedly changed course on Friday and invited Boeing—a U.S.-based company-- to help in its investigation into the Ukrainian jetliner that crashed in Tehran a day earlier.

A day earlier, Tehran said it would refuse to include the aerospace giant in its probe that has drawn international attention and widespread speculation that a missile caused the crash that killed the 176 onboard.

Iran also slammed the U.S. for its “psychological operation” around the cause of the crash that it says only “adds salt to the injuries” of the family members of those who perished.

“We advise the U.S. government to wait for the results of the accident investigation committee of the Ukrainian plane crash instead of spreading lie and carrying out their psychological operation,” Rabiei said. “It's unfortunate that the U.S. government and its conscious or unaware companions add salt to the injury of families of the victims in the Iran plane crash by spreading lies and are ready to sacrifice the families of the victims to serve their own goals," Rabiei added.

He was quoted in tweets from Abas Aslani, the editor-in-chief at Iran's Front Page.

The report came after the Pentagon and other Western leaders Thursday said intelligence suggested the Ukrainian International Airlines flight was shot down by an Iranian anti-aircraft missile. The crash happened hours after Iran launched more than a dozen ballistic missiles targeting two military bases housing American and coalition troops. That attack was in retaliation for the U.S. airstrike that killed Iranian Quds Force Gen. Qassem Soleimani near Baghdad International Airport in Iraq last week.

Iran previously said Thursday it would not hand over the plane’s black box to Boeing, which is an American company, or U.S. authorities for analysis.

Iranian officials had blamed technical problems with the Boeing 737-800 aircraft. Boeing did not immediately respond to an after-hours email and call from Fox News about the report.