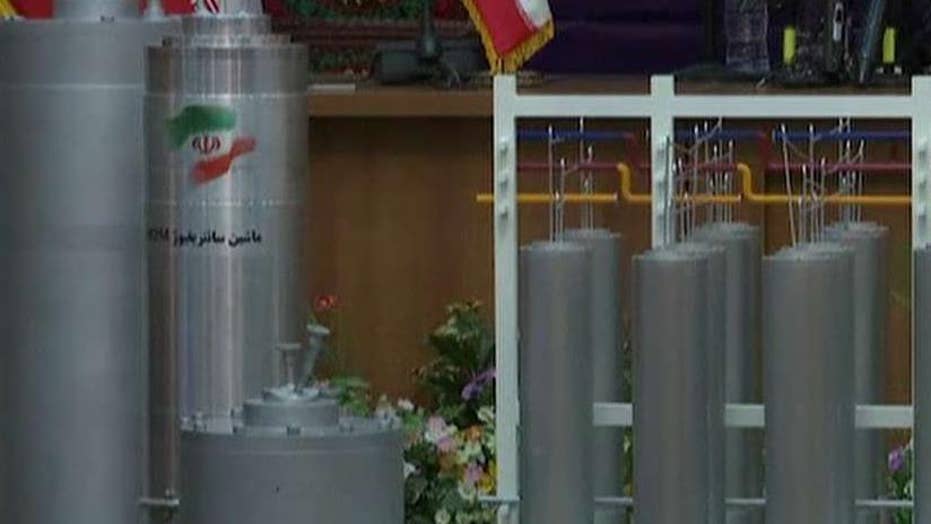 Iran has installed dozens of advanced centrifuges to accelerate uranium enrichment, the United Nations' atomic watchdog disclosed Monday, a revelation representing just the latest in a series of provocative breaches of the 2015 nuclear deal by the Islamic Republic.

A spokesperson for the International Atomic Energy Agency said Monday inspectors confirmed the new centrifuges, which include 30 advanced IR-6 and three IR-6s models.

The centrifuges had been or were being installed, but had not yet been tested, according to the spokesperson.

A centrifuge enriches uranium by spinning uranium hexafluoride gas. Under the four-year-old atomic accord, Iran is supposed to be limited to operating 5,060 older IR-1 centrifuges.

Later on Monday, Israeli Prime Minister Benjamin Netanyahu told reporters Israel has discovered what it claims is a previously undisclosed Iranian nuclear weapons site. He said the facility was discovered in the records Israel says it seized from an Iranian nuclear warehouse early last year.

Netanyahu on Monday showed a satellite photo of the facility in the southern Fars province in the Abadeh area in June, followed by a second photo of what he said was the site being destroyed in July, after the Iranians realized they'd been discovered.

Netanyahu, a fierce critic of the 2015 nuclear deal, says Tehran is trying to develop a nuclear weapon — a charge Iran denies.

Iran already has breached the stockpile and enrichment level limits set by the deal, while stressing it could quickly revert back to the terms of the accord – which is meant to keep Tehran from building atomic weapons by providing economic incentives – if Europe delivers sanctions relief.

The controversial Obama administration-brokered deal has been complicated by the United States' unilateral withdrawal under President Trump and the current administration's imposition of sanctions on Tehran, which have taken a heavy toll on the Iranian economy.

That pullout by the U.S. has left the other signatories – Germany, Britain, France, Russia and China – struggling to provide enough incentives to keep Iran abiding by the curbs set forth in the deal.

"As far as the other side does not implement their commitments, they should not expect Iran to fulfill its commitments," Kamalvandi said, adding Iran had the ability to go beyond 20 percent enrichment of uranium.

Analysts say 20 percent is just a small technical step away from 90 percent enrichment — which is weapons-grade level.

Kamalvandi warned several times in his comments that Iran was rapidly approaching a point that would mean a full withdrawal from the deal.

"Our stockpile is quickly increasing, we hope they will come to their senses," he said.