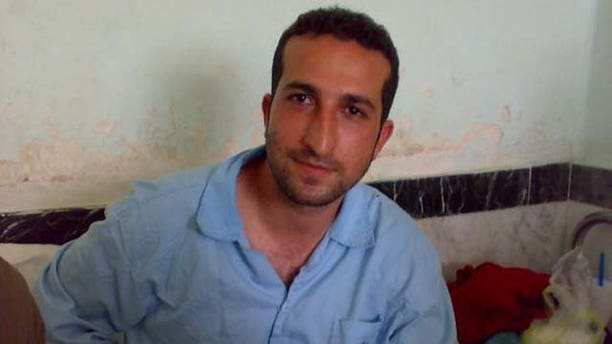 Pastor Youcef Nadarkhani has been freed - yet again - from an Iranian prison.

The UN Human Rights Council met in Geneva Monday, where Ahmed Shaheed, a “special rapporteur for human rights in Iran" delivered a report on human rights abuses in Iran and called for the release of Pastor Youcef Nadarkhani. The pastor has been held in prison for nearly three years and was convicted on charges that Tehran has described in conflicting terms, first as apostasy and other faith-based crimes, then as rape and extortion.

Responding to Shaheed's presentation, Iranian human rights envoy Mohammad Javad Larijani denied that Nadarkhani faces the death penalty, though the sentence was spelled out in a ruling handed down by Iran's highest court last fall. Larijani also offered a new set of charges against Nadarkhani, including preaching to youth without their parents' permission, converting his home into a church and offending Islam.

“In the last 33 years after [the Islamic] revolution, no single person has been put to death or executed or pursued for changing his religion from Islam,” he told the council. “Hundreds of people are changing from other religions to Islam. Why we should be so sensitive about a few people to change their religion from Islam?”

Jordan Sekulow, executive director of the American Center for Law and Justice, told FoxNews.com that it was noteworthy Larijani did not mention the rape and extortion charges that Tehran lodged against Nadarkhani amid mounting international pressure following his conviction for apostasy.

“He reads off the charges which are all faith-based, while denying that Nadarkhani received a death sentence for apostasy,” Sekulow said."They are admitting the pastor is being charged for his faith."

In recent months, there has been an increasing international outcry for Iran to release Nadarkhani. At the council session, representatives of the European Union expressed concern over numerous human rights violations and the pastor’s case in particular. Representatives from Norway and Germany also have urged Iran to review Nadarkhani’s case.

The vice president of Brazil, along with other governmental officials, is in direct talks with Larijani, demanding that Iran release Nadarkhani. Nadarkhani was arrested more than three years ago after voicing concern that his son was forced to participate in a class about the teachings of Islam. He was then found guilty of apostasy by a lower court in the Gilan province.

Nadarkhani was offered the chance to recant his Christian faith and return to Islam, but he refused. He was sentenced to death and has been held in captivity ever since.