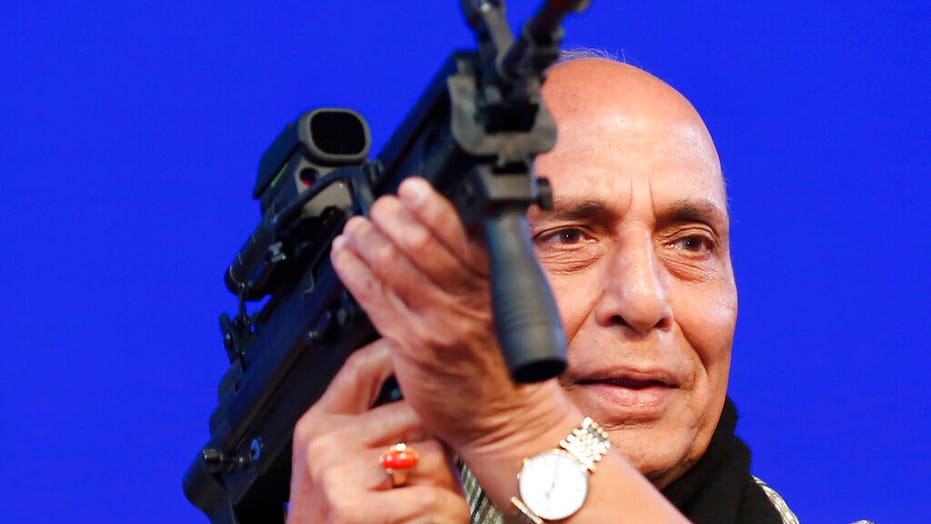 The Indian government on Sunday said it will ban the imports of more than 100 items of military equipment in a bid to boost its own economy and improve self-reliance in weapons manufacturing.

India’s Defense Minister Rajnath Singh said the government is planning to gradually implement the embargo on select military imports through at least 2024.

Among the military equipment are high technology weapon systems and range from assault rifles and artillery to transport aircraft and light combat helicopters, Singh said in a statement.

"Our aim is to apprise the Indian defense industry about the anticipated requirements of the Armed Forces so that they are better prepared to realize the goal of indigenization," Singh wrote on Twitter. "This is a big step towards self-reliance in defense."

In May, India announced that global companies could invest up to 74% in the country's defense manufacturing units, up from 49%, without requiring any government approval. It was hoped the new policy would attract foreign companies with high-end technologies to set up their bases in the country in collaboration with local industries.

The government then announced that India would stop importing weapons that can be made domestically, in line with the vision to make the Indian economy self-reliant amid the coronavirus crisis.

India, a major buyer of military equipment, had depended largely on the former Soviet Union during the Cold War. But it has been diversifying its purchases by opting for U.S. equipment as well.

During President Trump's visit in February, the two countries signed a deal for India to buy more than $3 billion in advanced military equipment, including helicopters.

India was the third-biggest military spender in the world last year after the U.S and China, the Stockholm International Peace Research Institute said in a report released in April.