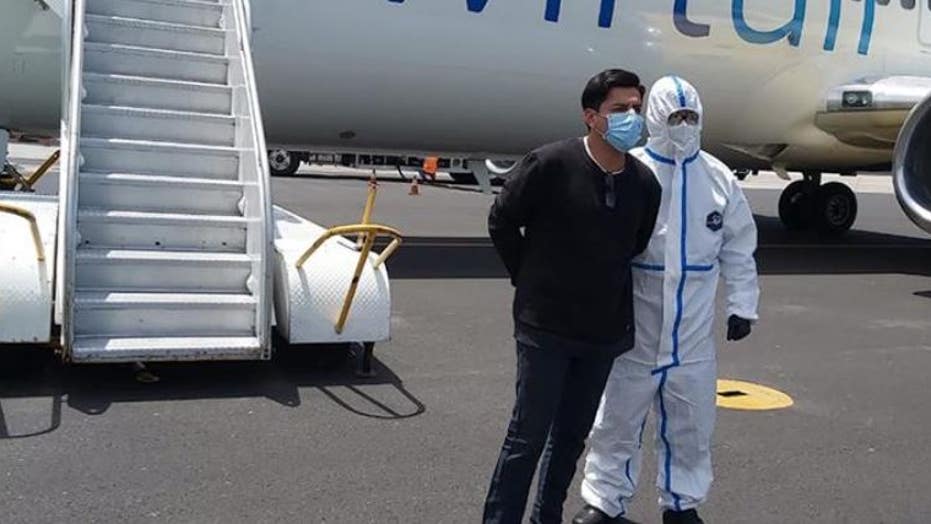 U.S. Immigration and Customs Enforcement on Wednesday deported an illegal immigrant who was wanted in El Salvador on charges of terrorism and leading terrorist organizations.

Saul Alberto Benavides, 35, was flown on a charter flight coordinated by ICE’s Air Operations Unit from the George Bush Intercontinental Airport in Houston to San Salvador, El Salvador, the agency said in a press release.

Upon arriving in San Salvador, Benavides was turned over to officials from El Salvador’s Civilian National Police.

The agency says Benavides illegally entered the United States by way of Roma, Texas – a town along the Mexico border – on July 1, 2019.

According to ICE, Benavides was a member of the 18th Street gang, a transnational criminal organization founded in the 1960s by immigrants and multiracial youths.

Benavides was nabbed by U.S. Border Patrol in Robstown, Texas – about 20 miles east of Corpus Christi – on March 26, 2020, and transferred into ICE custody.

An immigration judge ordered Benavides removal from the U.S. to El Salvador on June 15, ICE said.