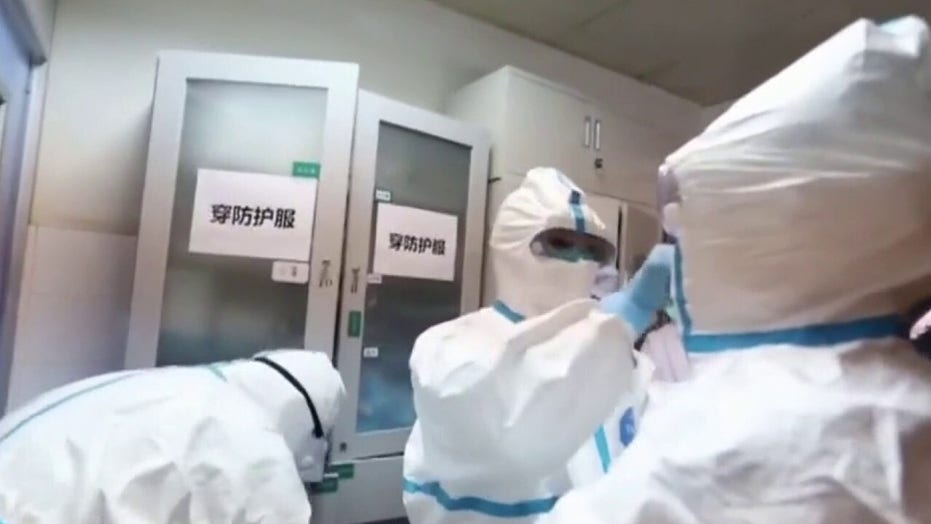 President Janos Ader signed the bill into law shortly after its approval in parliament. It goes into effect Tuesday and has no end date.

Hungarian Prime Minister Viktor Orban replies to faction leader of the oppositional Jobbik party Peter Jakab during a question and answer session of the Parliament in Budapest, Hungary, Monday, March 30, 2020.  (MTI via AP)

Opposition parties and international institutions have criticized the legislation for failing to include an expiration date on the government's ability to rule by decree.

"The extraordinary measures are related to the pandemic, to its prevention, its elimination and the prevention of the damaging economic consequences," said Csaba Domotor, a deputy minister in Orban's Cabinet Office. "A time limit cannot be declared in this situation because there is no one ... who can say how many months of struggle we have to prepare for."

Opposition lawmakers said they were willing to give the government the requested powers but only if they were set for a certain period, with the possibility of extensions.

Ingibjorg Solrun Gisladottir, director of the OSCE Office for Democratic Institutions and Human Rights, acknowledged that the bill may be necessary under current circumstances but cautioned that “a state of emergency … must be proportionate to its aim, and only remain in place for as long as absolutely necessary."

Opposition parties criticized the government's economic measures meant to alleviate the effects of the pandemic as insufficient. While Orban has announced numerous tax breaks and the postponement until 2021 of debt payments by households and companies, critics have cited the lack of direct payments to employers to save jobs.

Orban said the government would announce a package of economic measures on April 6 or 7 to boost growth – the largest action of its kind in Hungarian history.