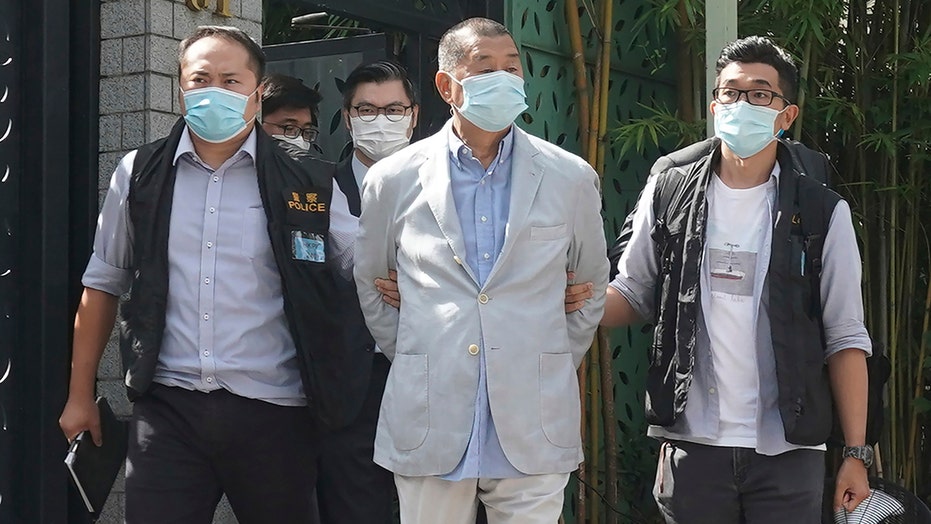 A pro-democracy Hong Kong newspaper says it will "fight on" after authorities arrested its founder under China's new national security law which has threatened the semi-autonomous region’s free press.

On Monday, media tycoon Jimmy Lai, creator of Next Digital, was arrested and charged with collusion with foreign powers.

Roughly 24 hours after Lai was nabbed by authorities at his mansion in Kowloon, the front page of Apple Daily, a tabloid operated by Next Digital, featured an image of Lai in handcuffs, according to the BBC.

The headline read: "Apple Daily must fight on."

The latest edition of the paper, which often condemns China’s Communist Party-led government, struck a chord with citizens, many of which had lined up as early as 2:30 a.m to obtain a copy, according to the outlet.

More than 500,000 copies were printed, up from its average circulation of about 100,000, BBC reported. Even still, many vendors reported selling out.

Lai, by far the highest-profile detention under the new law since it took effect on June 30, was arrested alongside two of his sons and several company officers Monday. Police also executed search warrants against the company’s offices on the same day, the company announced, adding that the "incidents are not expected to have any material adverse impact" on its daily operations."

What police were looking for in the building wasn’t clear, although they later said they took away 25 boxes of evidence for processing.

The move by authorities marked the first time the new law was used against news media.

Lai, 71, is known for being an outspoken pro-democracy figure who regularly criticizes China’s authoritarian rule and Hong Kong’s government.

Apple Daily’s popularity stems from its celebrity news and flamboyant stories, but it is also known for investigative reporting and breaking news coverage. It has frequently urged readers to take part in pro-democracy protests.

In fact, on July 1, it condemned the new national security law on its front page, calling it “the final nail in the coffin” for the “one country, two systems” framework under which the former British colony has been able to enjoy much greater civil liberties than in mainland China since its return to Chinese rule in 1997.

Overall, Hong Kong police said they arrested at least 10 people between the ages of 23 and 72 on suspicion of violating the security law and other offenses. They did not release the names of those arrested or provide further details of the charges.