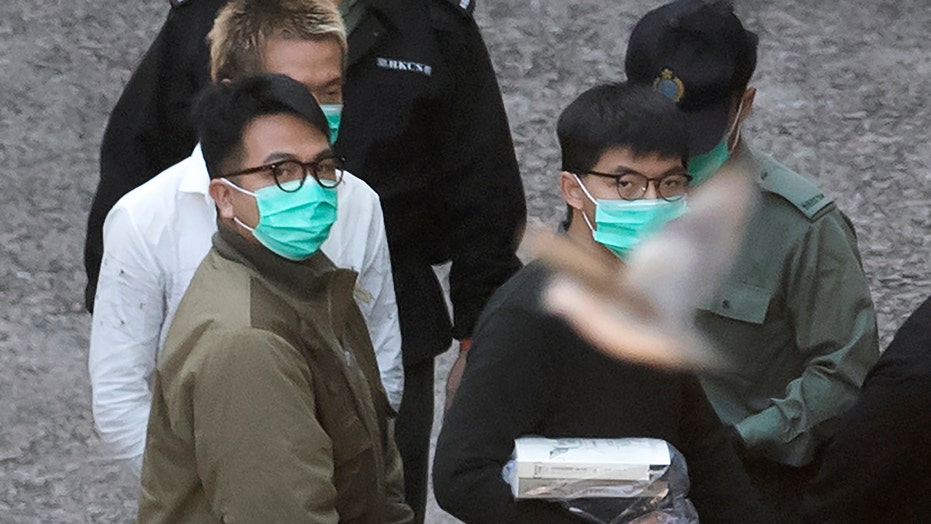 The protest took place on June 21 last year and saw thousands surround the police headquarters as they demonstrated against excessive force by police against protesters, as well as a now-withdrawn extradition bill that would have allowed suspects to be extradited to mainland China.

A bird flies as Hong Kong activists Joshua Wong, right, and Ivan Lam, left, are escorted by Correctional Services officers to get on a prison van before appearing in a court, in Hong Kong, Wednesday, Dec. 2, 2020. (AP Photo/Kin Cheung)

The jailing of the trio, known for their advocacy for democracy in Hong Kong both at home and abroad, comes as Beijing tightens control over the semi-autonomous city following months of anti-government protests last year, which occasionally saw violent clashes between protesters and police.

In June, Beijing imposed a sweeping national security law on Hong Kong to crack down on dissent.

It is the first time that Chow, 23, has been given a jail sentence. Wong, 24, and Lam, 26, had previously been jailed over charges related to their activism.