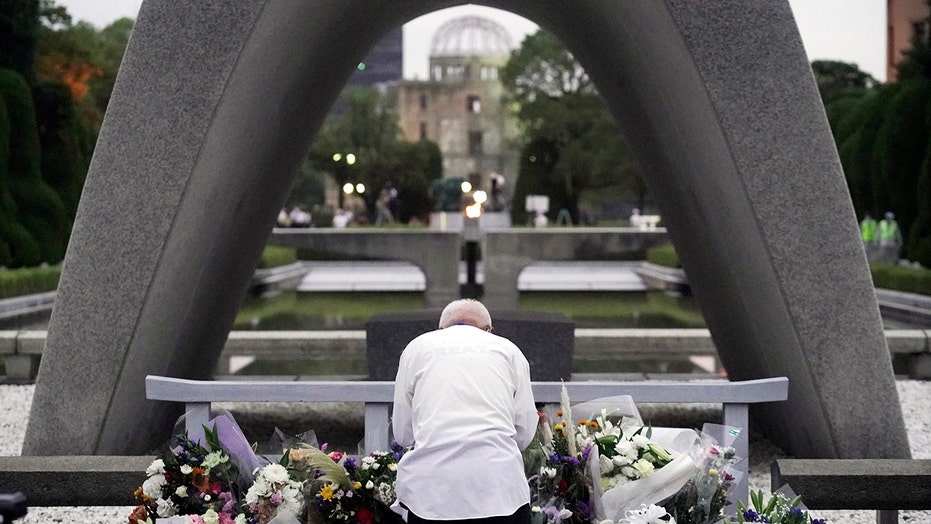 HIROSHIMA, Japan — Survivors of the world’s first atomic bombing gathered in diminished numbers near an iconic, blasted dome Thursday to mark the attack’s 75th anniversary, many of them urging the world, and their own government, to do more to ban nuclear weapons.

An upsurge of coronavirus cases in Japan meant a much smaller than normal turnout, but the bombing survivors’ message was more urgent than ever. As their numbers dwindle — their average age is about 83 — many nations have bolstered or maintained their nuclear arsenals, and their own government refuses to sign a nuclear weapons ban treaty.

Amid cries of Japanese government hypocrisy, survivors, their relatives and officials marked the 8:15 a.m. blast anniversary with a minute of silence.

The United States dropped the world’s first atomic bomb on Hiroshima on Aug. 6, 1945, destroying the city and killing 140,000 people, and a second one three days later on Nagasaki, killing another 70,000. Japan surrendered Aug. 15, ending World War II and its nearly half-century of aggression in Asia.

A man prays in front of the cenotaph for the atomic bombing victims before the start of ceremony to mark the 75th anniversary of the bombing in Hiroshima, western Japan, early Thursday, Aug. 6, 2020. (AP Photo/Eugene Hoshiko)

But the decades since have seen the weapons stockpiling of the Cold War and a nuclear standoff among nations that continues to this day.

Amid the solemn remembrances at Hiroshima’s peace park, Prime Minister Shinzo Abe was confronted Thursday by six members of survivors’ groups over the treaty.

“Could you please respond to our request to sign the Nuclear Weapons Prohibition Treaty?” Tomoyuki Mimaki, a member of a major survivors’ group, Hidankyo, implored Abe. “The milestone 75th anniversary of the atomic bombing is a chance” to change course.

Abe insisted on Japan’s policy not to sign the treaty, vaguely citing a “different approach,” though he added that the government shares the goal of eliminating nuclear weapons.

“Abe’s actions don’t seem to match his words,” said Manabu Iwasa, 47, who came to the park to pray for his father, a bombing survivor who died at age 87 in March. “Japan apparently sides with the United States, but it should make more efforts to eliminate nuclear weapons. It’s frustrating, but there is not much we individuals can do.”

Even though Tokyo renounces its own possession, production, or hosting of nuclear weapons, Japan is a top U.S. ally, hosts 50,000 American troops and is protected by the U.S. nuclear umbrella. This complicates the push to get Tokyo to sign the treaty adopted in 2017, especially as it steps up its military role amid North Korea’s continuing pursuit of a stronger nuclear program.

Visitors observe a minute of silence for the victims of the atomic bombing, at 8:15am, the time atomic bomb exploded over the city, at the Hiroshima Peace Memorial Park during the ceremony to mark the 75th anniversary of the bombing Thursday, Aug. 6, 2020, in Hiroshima, western Japan. (AP Photo/Eugene Hoshiko)

Abe, in his speech at the ceremony, said a nuclear-free world cannot be achieved overnight and it has to start with dialogue.

“Japan’s position is to serve as a bridge between different sides and patiently promote their dialogue and actions to achieve a world without nuclear weapons,” Abe said.

“I ask the Japanese government to heed the appeal of the (bombing survivors) to sign, ratify and become a party to the Treaty on the Prohibition of Nuclear Weapons,” Matsui said in his peace declaration. “As the only nation to suffer a nuclear attack, Japan must persuade the global public to unite with the spirit of Hiroshima.”

Thursday’s peace ceremony at the Hiroshima Peace Memorial Park was scaled down because of the coronavirus pandemic. The fewer than 1,000 attendees were one-tenth of those attending in past years. 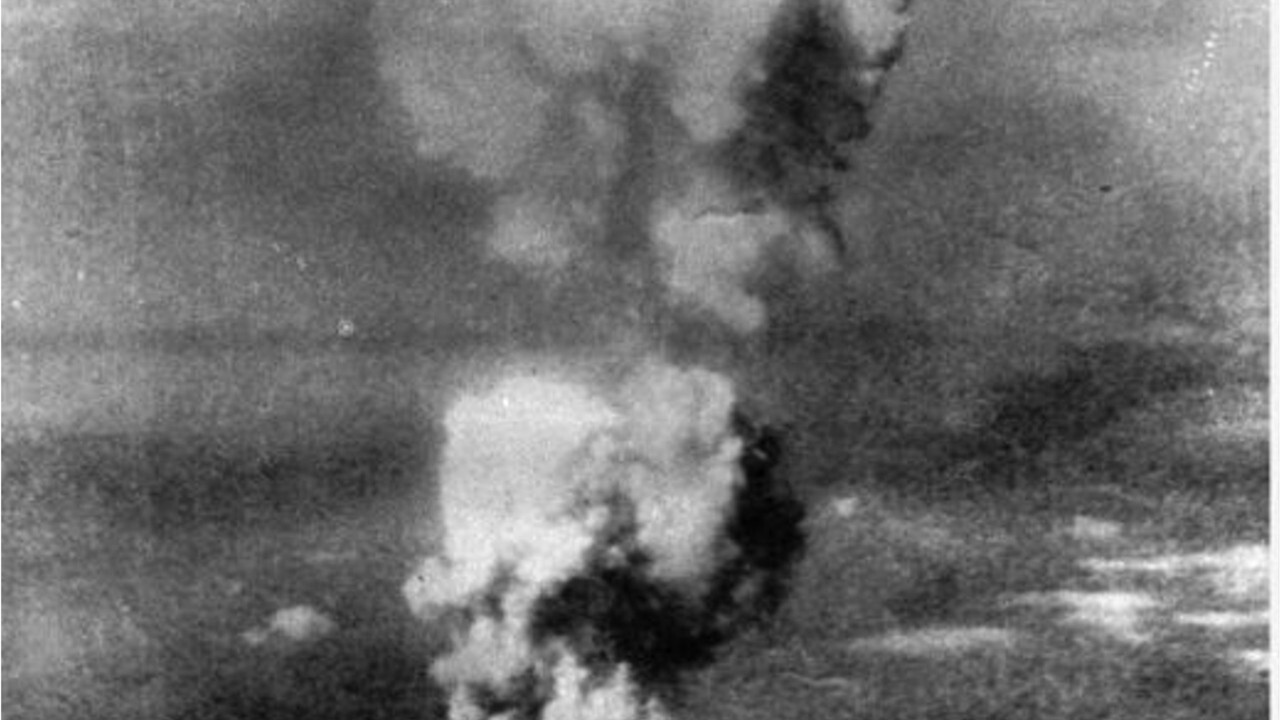 This Day In History: August 6

Take a look at all of the important historical events that took place on August 6.

Some survivors and their relatives prayed at the park’s cenotaph before the ceremony. The registry of the atomic bombing victims is stored at the cenotaph, whose inscription reads, “Let all the souls here rest in peace, for we shall not repeat the mistake.”

People pray in front of the cenotaph for the atomic bombing victims before the start of a ceremony to mark the 75th anniversary of the U.S. bombing in Hiroshima, western Japan, early Thursday, Aug. 6, 2020. (AP Photo/Eugene Hoshiko)

“Seventy-five years is far too long not to have learned that the possession of nuclear weapons diminishes, rather than reinforces, security,” he said. “Today, a world without nuclear weapons seems to be slipping further from our grasp.”

An aging group of survivors, known as hibakusha, feel a growing urgency to tell their stories, in hopes of reaching a younger generation.

Many peace events, including their talks, leading up to the anniversary were canceled because of the coronavirus, but some survivors have teamed with students or pacifist groups to speak at online events, sometimes connecting with international audiences.

People burn joss sticks in front of the cenotaph for the atomic bombing victims before the start of a ceremony to mark the 75th anniversary of the U.S. bombing in Hiroshima, western Japan, early Thursday, Aug. 6, 2020. (AP Photo/Eugene Hoshiko)

The bombing’s survivors lamented the slow progress of nuclear disarmament and expressed anger over what they said was the Japanese government’s reluctance to help and listen to those who suffered. They want world leaders, especially those from nuclear-weapons states, to visit Hiroshima and see the reality of the atomic bombing.

“Many survivors are offended by the prime minister of this country because he does not sign the nuclear weapons prohibition treaty,” said Ogura.